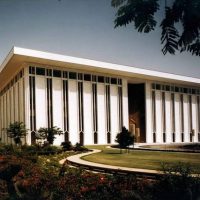 The Central Bank of Saudi Arabia announced the launch of a two-hundred-riyal denomination of paper currency. On the occasion of the five-year anniversary of the launch of the “Kingdom’s Vision 2030”.

The Central Bank stated – according to the Saudi Press Agency that the two hundred riyal denomination will be offered and circulated from today, Sunday, in addition to the banknotes currently in circulation in all its denominations as official legal currency.

The Central Bank confirmed that this category is printed according to the latest standards in the field of paper currency printing, as it is characterized by many technical specifications, high-quality security signs, and with a distinctive design and attractive colors that highlight the design of this category.

The article The Saudi Central Bank introduces a new 200-riyal denomination that was written in the Al-Borsa newspaper.