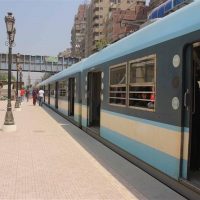 The Cabinet approved the decision and recommendation issued by the Ministerial Engineering Committee meeting, regarding assigning the rehabilitation, maintenance, development and modernization of 23 trains for the first line of the Greater Cairo Metro, to the Spanish company CAF.

The Council of Ministers also approved a draft decision of the Prime Minister, a draft law to amend some provisions of the Value Added Tax Law, promulgated by Law No. 67 of 2016, with regard to item 31 of the list of goods and services exempt from tax.

According to the amendment, the leasing or leasing of civil aircraft will be subject to exemption from value-added tax, which was not collected before the date of its implementation, in light of the state’s consideration of supporting the national air transport industry to enable it to be able to grow and compete.

The article “K” Spanish for the development of 23 trains in the first line of the subway was written in Al Borsa newspaper.