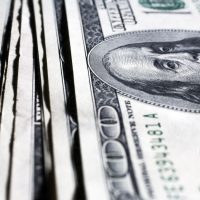 The US dollar settled against the major currencies near the highest level in a year during Tuesday’s trading, while the Japanese currency is trading near its lowest level in nearly three years against the dollar.

Kim Mundy, currency strategist and chief economist at Commonwealth Bank, said in a note carried by “Reuters” that what is happening in the currency markets is an interaction with the expectations of the Federal Reserve to start reducing purchases of pandemic-related bonds in November, and what is happening to commodity prices from a broad rise in present time.

The green currency settled against the Swiss currency at 0.9280 francs, while the dollar index, which measures the performance of the US currency against a basket of six currencies, settled at 94.353 points, a level close to the highest level in a year that it recorded at the end of September at 94.504 points.

The article, the stability of the dollar near the highest level in a year, was written in Al Borsa newspaper.