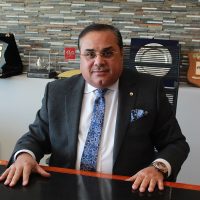 Mr.: 72 million pounds, the total subscriptions for the private placement

Al-Sayed told the “Boursa” that the private offering was attended by 5 funds affiliated with unions, in addition to 25 other entities distributed among solvent individual investors and financial institutions.

He pointed out that the allocation process for the two offices has been completed, and tomorrow, Wednesday, the receipt of subscription orders for the public offering tranche will begin.

The public offering tranche represents about 15.75 million shares, and Oden Capital plays the role of the offering manager and the authorized sponsor of the company’s listing on the Nile Stock Exchange, while Hosni Abdel Aziz’s office plays the role of legal advisor, Egy Trend is an independent financial advisor, and Baker Tilly is an auditor, while Sigma will act as the selling party’s broker.

The article was written in Al Borsa newspaper, to start receiving public subscription orders for “Emerald Development” next Wednesday.