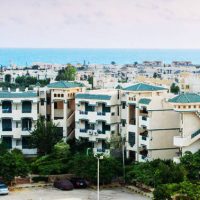 The Stock Exchange approved the price limits for the movements of the right to subscribe to increase the capital of the “Mena Tourism and Real Estate Investment” company during today’s session.

The stock exchange indicated that the highest price allowed for the right at the end of the day was 0.441 pounds, with an increase of 177.48%, and the temporary suspension limits for the rise of the right were 88.74%.

She added that the lowest permissible price for the right at the end of the day is 0.001 pounds, with a drop of 100%, and the limits of the temporary suspension of the right’s decline are 50%.

The company’s revenues decreased during the past year 2020, to reach 2.85 million pounds, compared to total sales of 35.9 million pounds in the previous year.

The company achieved total losses during the year amounting to 6.53 million pounds, compared to 20.26 million pounds in total profit in the same period in 2019.

Earlier, the Financial Supervisory Authority agreed to publish a disclosure report for Mena Tourism and Real Estate Investment Company, regarding the procedures for splitting the nominal value of the share from two pounds to one pound distributed over 150 million shares, in accordance with the decision of the Board of Directors held on November 15, 2020.

The authority indicated that the board also agreed to proceed with the procedures for increasing the issued capital from 150 million pounds to 300 million pounds, in addition to issuance expenses of two piasters per share.

The Authority clarified that the increase is allocated to the old shareholders, each according to their percentage in the capital, and the increase in the issued and paid-up capital is paid in cash, with the effect of urging the subscription to subscribe in the increase shares separately from the original share.

The article was written in Al Borsa Newspaper.