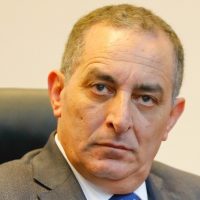 Shaaban: Obligating “Dubai Ports” to end the procedures for detection and release of containers, with a maximum of 4 days

Expanding the availability of external warehouses to reduce overcrowding

The Suez Canal Economic Authority has obligated DP World Sokhna to solve the crisis of delayed release and detection of containers and goods, so that it takes place within a maximum of 4 days.

Mohamed Shaaban, Vice-President of the Suez Canal Economic Authority for Southern Region Affairs, said that the development works of Sokhna Port, with investments of 20 billion pounds, affected the efficiency and flexibility of the trading business.

He explained that another aspect of the current crisis is the obsolescence of the company’s equipment, winches and yards, and that the efficiency of workers needs to be developed.

Importers and customs brokers suffer from delays in removing containers from the port due to overcrowding, and the delay ranges between two weeks and a month, which incurs delay fines.

He pointed out that the authority and the customs authority intervened to find solutions, including providing temporary yards to solve the overcrowding crisis, in addition to attempts to increase the number of customs employees, noting that the application of the system of prior notification and automation will lead to solving the crises of goods accumulation.

He stressed that there is currently a better improvement than the past two weeks, explaining that the authority is now working on expanding the management of external deposit warehouses and warehouses, as coordination is currently taking place with the warehouses of developers companies in the region such as TEDA Royal and Raya Company so that those warehouses are converted into customs areas.

The article was written in Al Borsa newspaper, the Suez Canal Economic Authority intervenes to solve the crisis of the delays in the port of Ain Sukhna.