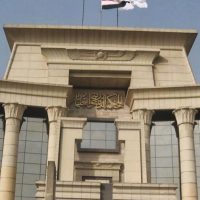 The Supreme Constitutional Court, headed by Counselor Saeed Marei Amr, rejected the lawsuit filed against the constitutionality of Clause (10) of Article (44) of the General Sales Tax Law No. 11 of 1991, with regard to the non-submission of the declaration and the payment of the tax due on time. It constitutes a tax evasion crime, and does not prevent the trial court from verifying with certainty that the crime has occurred, does not confiscate the right of the accused to deny his commission of the crime by all means of proof, and does not include a breach of the independence of the judiciary.

This came in the lawsuit No. 109 of the “constitutional” judicial year No. 109, which came to challenge the tenth item of Article (44) of the General Sales Tax Law No. 11 of 1991, which reads “is tax evasion punishable by the penalties stipulated in Article Previous What follows .. Item 10 – “The lapse of thirty days after the deadlines set for paying the tax without declaring it and paying it.”

The article “The Supreme Constitutional Court”: The expiry of sales tax payment deadlines without approval and payment constitutes a tax evasion crime that was written in the Al-Borsa newspaper.