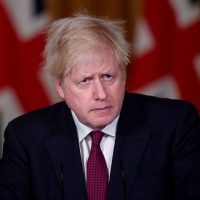 The British newspaper, The Times, revealed today that the British Cabinet is preparing to announce a plan to impose an environmental tax fee on natural gas bills, to finance the low-carbon heating plan during the next two weeks, despite the continuous rise in natural gas prices.
The newspaper indicated in a special report on its website, that the British government will publish its new strategies with a scheme for pricing carbon products, which may raise the value of natural gas bills significantly.
The strategy, which will be published ahead of the COP26 climate change summit in Glasgow next month, commits the British government to lower electricity prices, which are already much higher than natural gas.
The newspaper pointed out that the strategy will seek to end “price distortions” by raising environmental tax fees from electricity prices, and imposing new fees on natural gas bills, amid warnings that annual energy bills for homes in Britain could reach 2,000 pounds next year if they continue. Prices are on the rise.
A government source told the newspaper, without revealing his identity, that the plans amounted to “crazy”, and that the British Cabinet failed to appreciate “the reality of the problem we are facing with energy prices,” noting that “there is still a feeling (inside the government) that the situation will improve within months.” Few, but it is very clear that the situation will get worse before it gets better.”

The article “The Times”: The British government is preparing to impose new environmental fees on natural gas bills, written in Al Borsa newspaper.