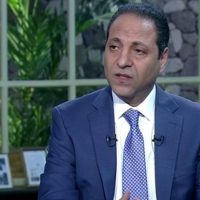 Major General Essam Wali, head of the National Metro Authority, said that the authority aims to offer a unified ticket for the metro, monorail and electric train.

He added, during a telephone interview with the program On My Responsibility, broadcast on Sada Al-Balad satellite channel, that the area of ​​Adly Mansour station is estimated at approximately 15 acres, and that this station exchanges service between 5 different means of transportation.

He explained that the station includes the third line metro, the LRT station, a railway station, a superjet station, in addition to the frequency bus “Adly Mansour / Al-Salam.”

He pointed out that passengers over the age of 70 and children under 5 years old will get free tickets for the old and new metro, monorail and electric train lines.

The article “The Tunnels”: A unified ticket for the metro, monorail and electric train was written in Al Borsa newspaper.