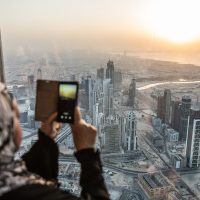 The UAE ranked first in the world ranking as the fastest mobile phone network in the world according to the Ookla Index for the first quarter of 2021, which is the global leader in testing the speed of fixed broadband and mobile networks and analyzing the speed of downloading and sending data.

The Speed ​​Test Global Index monitors internet speeds in more than 135 countries around the world on a monthly basis and relies on an accurate analysis of millions of tests that customers perform each month to verify internet speeds.

The speed of the mobile network is one of the most important factors contributing to the well-being, economic prosperity, and social communication in countries.