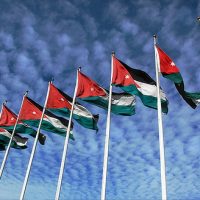 Today, Thursday, the World Bank expected the Jordanian economy to grow by 1.9 percent this year, to rise to 2.2 percent next year
In a report entitled “Overconfidence: How divisions in the economy and health care left the Middle East unprepared to confront the Corona pandemic” – reported by the Jordan News Agency -, the Bank indicated that the estimated cumulative cost of the pandemic in terms of GDP losses in the region by the end of this year will reach About $200 billion, and this cost is calculated by comparing the region’s actual GDP with what it would have been if the pandemic had not occurred in their countries.
The report indicates that the GDP of the Middle East and North Africa region contracted by 3.8 percent in 2020 and is expected to grow by 2.8 percent this year 2021.
The report expects a slight and uneven recovery in the Middle East and North Africa region this year 2021. It is expected that real GDP per capita in the region will rise only by 1.1 this year after declining by an estimated 5.4% in 2020.
The report indicated that by the end of 2021, the per capita GDP in the region will remain below the 2019 level by 4.3%. This year, 2021, living standards in 13 out of 16 countries in the region will be lower than their levels before the outbreak of the Corona virus.

The article The World Bank expects the Jordanian economy to grow by 1.9% this year was written in Al Borsa newspaper.