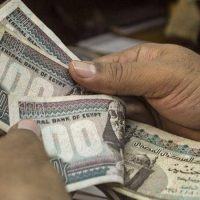 The EGX management decided that the right to cash distribution of “Al Shams Housing and Development” company, at a value of 20 piasters, to the share buyer will expire at the end of today’s session, October 11.

The company’s ordinary general assembly decided to pay a cash dividend of 20 piasters per share, with a total value of 36.3 million pounds.

Small shareholders will be disbursed in equal parts in two installments during the months of October and December.

The cash distribution will also be disbursed to major shareholders, including the Holding Company for Construction and Development, the Misr Insurance Company and the Misr Life Insurance Company in two equal installments during the months of February and April 2022 with the availability of cash.

At the beginning of the day, the company revealed that its board of directors contracted with the Egyptian Arab Land Bank, which includes the sale of a financial portfolio.

The Board of Directors decided to reconcile with “Al Siddiq Real Estate Investment” in the dispute related to the 12 plots of the Gardenia Al Shams project.

The company reported that the House of Expertise Holding sold 2.8 million shares of Al Shams Housing for 14.616 million pounds.

The average price per share was 5.22 pounds, and Pioneers Securities Brokerage played the role of executing the deal.

The share of Bait El Khebra for Financial Leasing – Technolis in Al Shams Housing, after executing the deal, rose to 1.598 percent instead of 0.055%.

Today’s article… The end of the right to distribute 20 piasters for “Al Shams Housing” share was written in Al Borsa newspaper.