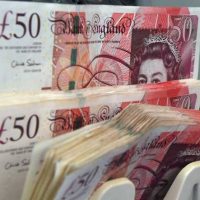 Government bond yields – which move inversely with prices – rose on Wednesday as energy prices rose, and US jobs data was awaited.

The ten-year US Treasury bond also rose to 1.5624%, the highest level in four months.

It is noteworthy that the President of the International Monetary Fund, Kristalina Georgieva, said during Tuesday’s event that the global economy will grow at a slightly lower pace than the Fund’s estimates issued in July, which indicated a 6% growth in gross domestic product this year, due to pressure from the “Covid-19” epidemic.

Markets around the world are awaiting the monthly US jobs report due on Friday, which may show the addition of about 500,000 new jobs in September.

The article: The British bond yield rose to its highest level since May 2019 was written in the Stock Exchange.