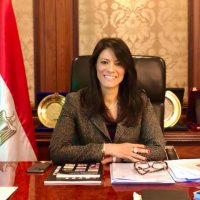 The corridors of the Ministry of International Cooperation witnessed, during the past week, a number of important events and meetings, within the framework of the role played by the Ministry of International Cooperation, to consolidate joint relations with multilateral and bilateral development partners, with the aim of advancing the implementation of Egypt’s development vision, which is consistent with the United Nations goals for sustainable development. 2030.

The Ministry of International Cooperation issued the full recommendations and final messages of the Egypt Forum for International Cooperation and Development Finance, in its first version, which were agreed upon and approved by all participants from representatives of governments in Africa, Europe, Asia and Latin America, multilateral and bilateral development partners, the private sector and civil society, as well as It was endorsed by the United Nations Economic and Social Council, and its President, Ambassador Colin Vixen, who read the Forum’s Final Communiqué and demanded that its recommendations be included on the international agenda.

The platform for joint coordination cooperation for the private sector

Dr. Rania Al-Mashat, Minister of International Cooperation, and Dr. Mohamed Maait, Minister of Finance launched the joint coordination platform to promote the efforts undertaken by the state to stimulate the participation of the private sector in development, in continuation of the meetings held by the ministry within the framework of the joint coordination platform, to present economic and structural reforms In various sectors of the country, with the participation of multilateral and bilateral development partners.

During the meeting, the state’s strategy to restructure the partnership program between the public and private sectors in Egypt was presented, through the Higher Committee for Public-Private Partnership Affairs headed by the Prime Minister, and the Private Sector Partnership Unit of the Ministry of Finance, and work to launch partnership units in other ministries .

The Minister of International Cooperation participated in the discussion session held on “Advancing Financial Inclusion to Achieving Sustainable Development”, as part of the SDIS 2021 Sustainable Development Summit, organized by the World Economic Forum, in cooperation with the United Nations, to discuss a number of key topics on the international development agenda. Al-Mashat reviewed the importance of financial inclusion and the need to accelerate investment in innovative financial technologies to achieve comprehensive and sustainable economic growth and accelerate progress towards achieving sustainable development goals.

During her participation in the closing ceremony of the program to end violence against women and girls, organized by UN Women, in the presence of the Minister of Social Solidarity, the President of the National Council for Women, representatives of the US Agency for Development and the US Embassy, ​​the Minister of International Cooperation stressed the importance of international partnerships to support the state’s efforts to empower women and protecting them from all forms of violence, explaining that the Egyptian state, under the leadership of President Abdel Fattah El-Sisi, has given priority to women’s issues, as the National Strategy for Women Empowerment 2030 was adopted, to become a major player in achieving sustainable development, through its enjoyment of economic, social and political opportunities that enable it to promote capabilities, and exploited them in support of the state’s development vision.

Meeting with the Director General of the Kuwait Fund for Development

The Minister of International Cooperation, Mr. Marwan Abdullah Al-Ghanim, received the Director General of the Kuwait Fund for Arab Economic Development, on his first foreign visit since he assumed the position of Director General of the Fund; Dr. Rania Al-Mashat congratulated him on assuming the new position. During the meeting, the current situation of the development projects being implemented with funding from the Fund was reviewed, and the possibility of enhancing cooperation with the Kuwait Fund for Development in the projects of the Presidential Initiative for the Development of the Egyptian Rural “A Dignified Life” was discussed.

The last tranche of the debt swap program with Germany

Al-Mashat discussed, during a meeting with Mr. Frank Hartmann, the new German ambassador to the Arab Republic of Egypt, areas of joint cooperation within the framework of the state’s development priorities, and discussed the position of the ongoing projects with the relevant Egyptian ministries and authorities, as well as the position of the projects expected to be implemented, within the third and last tranche of the The second phase of the €80 million debt swap program.

The new country strategy with the European Bank

The Minister of International Cooperation met with Ms. Heike Harmgart, Regional Director for the Southern and Eastern Mediterranean at the European Bank for Reconstruction and Development, to follow up on the ongoing negotiations to prepare for the new country strategy for the period 2021/2026, and to discuss the results of the recently launched workshops with the participation of relevant parties and representatives of government agencies The different plans, to agree on the frameworks for preparing the national strategy in accordance with the government’s development priorities.

The meeting witnessed agreement on a number of activities during the coming period, including the preparation of a high-level workshop for consensus on the axes of action during the next five years. In development efforts by providing development funds.

The National Committee to Study the Steps of Transition from LIBOR

The Minister of International Cooperation chaired the third meeting of the National Technical, Legislative and Legal Committee to study the steps to divert international financial institutions from working at the reference interest rate “Libor”, to follow up on the developments of the initiative presented by the World Bank to stop working at the current reference rate starting from January 2022, as well as to study the efforts of institutions Other international financing are the African Development Bank, the Asian Infrastructure Investment Bank and the OPEC Fund for International Development to stop the interest rate “Libor”.

Al-Mashat stressed that the committee is keen to continue coordination and work between all concerned parties in an institutional manner, and to study all technical and legal opinions, to achieve a transition from working at the reference interest rate “Libor”, with regard to joint agreements with the World Bank, in a way that ensures the achievement of the state’s interest.

The Minister of International Cooperation held a meeting to discuss the developments of the implementation plan for the catalyst to bridge the gender gap, with the participation of Dr. Maya Morsi, President of the National Council for Women, representatives of the World Economic Forum, Delta Shield Holdings for Investments, Citadel Holdings, Commercial International Bank, and Travco Tourism.

During a meeting with Mrs. Mai Ali Babiker, Director of the Regional Office of the Islamic Development Bank Group, the Minister of International Cooperation discussed the current situation of the projects that the Islamic Development Bank contributes to financing, in particular the electrical interconnection project between the Arab Republic of Egypt and the Kingdom of Saudi Arabia, which aims to contribute to meeting part of This will reduce the demand for electrical energy and improve the performance and stability of the grid in the two countries, and will lead to the connection of the two largest electrical systems in the Arab world with a total capacity of more than 90,000 megawatts. They also discussed ways to strengthen development partnerships in the areas of economic and social development, the National School Feeding Program and presidential initiatives in this regard, as well as prospects for cooperation with the Bank to implement the strategic axes of cooperation with the United Nations and its bodies and agencies.

The Minister of International Cooperation participated in the virtual discussion session, organized by the London School of Economics, and hosted by the Firoz Lalji Institute, on “Trade and Investment in Africa and Joint Relations with China”, where she stressed the importance of development cooperation in strengthening trade and investment relations between Africa and China in various sectors. To take advantage of the huge potentials available to both parties in the fields of trade and industry, to achieve comprehensive and sustainable development on the continent, and advance the green transformation agenda, adding that Egypt has close development cooperation relations with China on the one hand, in addition to the Asian Infrastructure Investment Bank, which has financed many government projects As well as for the private sector in Egypt since 2018.

Al-Mashat also discussed, during a dialogue session entitled “Africa in the Era of the New Trade War”, within the activities of the African CEO Forum Summit, the importance of activating the African Free Trade Agreement and its role in achieving sustainable growth and recovery in the continent, noting that there are three factors. The main things that must be worked on in the continent of Africa to move forward towards benefiting from the Continental Free Trade Agreement, and to enhance joint action among the countries of the continent, which is stimulating the participation of the private sector and facilitating the infrastructure of regulatory decisions and legislation, as well as encouraging electronic commerce.

The article we publish the weekly harvest of the “Ministry of International Cooperation” was written in Al Borsa newspaper.