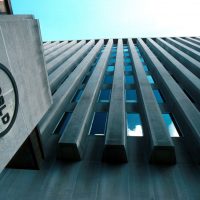 The semi-annual economic analysis conducted by the World Bank on sub-Saharan Africa showed that its economic growth will recover to 3.3% by the end of this year, according to the news platform of the French newspaper Le Point.
The latest edition of the Africa Pulse report expects Côte d’Ivoire to witness growth rates of 6.2% and 6.5% in 2021 and 2022, respectively.

The report noted that sub-Saharan Africa, after experiencing its first recession in more than 25 years due to the outbreak of the Corona pandemic, is on its way to overcome the recession and achieve recovery in light of the rise in raw material prices, the easing of pandemic containment measures and the resumption of international trade.
With this in mind, analysts revised upwards their forecasts. They now expect 3.3 percent growth for the current year 2021 and a slower recovery pace from advanced and emerging market economies.

The report’s authors believe that the recovery remains fragile, due to the continent’s low vaccination rate, prolonged economic damage and a lack of recovery dynamism.

Albert Zovak, Chief Economist for Africa at the World Bank, stressed the need to facilitate equitable access to safe and effective vaccines against the Corona virus to save lives and promote economic recovery in Africa, noting that the International Monetary Fund warned of a “different path to global recovery” in light of the slow pace of vaccination with some Regions.

He noted that the World Trade Organization, the United Nations Development Program, the World Health Organization and Oxford University all agreed that “accelerating the deployment of vaccines would accelerate regional growth.”

He added, “Therefore, growth can easily reach 5.1% in 2022 and 4.5% in 2023 if measures are eased, and the pandemic is contained, which would stimulate consumption and investment.”

It is expected that the pace of recovery will vary among the countries of the region, for the three largest economies in the region “Angola, Nigeria and South Africa”, where expectations indicate that these countries are likely to witness a growth of 0.4 percent, 4.2 percent and 4.6 percent, respectively. With the exception of Angola. And South Africa, the rest of the region is expected to recover more quickly, with a growth rate of 3.6 percent this year.

As for the non-resource-intensive countries, such as Cote d’Ivoire and Kenya, they are expected to witness a strong recovery with growth rates of 6.2 percent and 5 percent, respectively.

The report highlighted that, in response to the pandemic, African countries have undertaken structural and macroeconomic reforms, some have embarked on “difficult but necessary structural reforms,” and most have been relatively disciplined about monetary and fiscal policies.

The report warned that public debt witnessed a sharp rise in sub-Saharan Africa, and continued its trend that preceded the health crisis of the Corona pandemic, and it is expected that, on average, the total public debt will reach 71% of GDP by 2021, which constitutes an increase of 30 percentage points of GDP since 2013.

Africa Pulse analysts noted that “African countries need to collect and publish data on their growing debt and better report on their potential obligations” and recommended that capacity building within governments should continue to improve debt management, particularly audits and internal controls.

The report added that sub-Saharan African countries are facing the increasing impacts of climate change, along with increasing financial pressures and debt levels due to the implementation of sustainable and comprehensive economic stimulus measures.

The authors of the report recommended that sub-Saharan African countries seize this opportunity to begin their transitions to cleaner economic models, just as they have seized the opportunity presented by the pandemic to initiate reforms, noting that this transition will provide them with long-term benefits, reduce natural risks and create opportunities for economic development.

In both cases, the report explained, “the acceleration of economic recovery in sub-Saharan Africa requires significant additional funding and the region needs more funding to counteract the effects of the pandemic and support a robust and comprehensive recovery.”

The authors of the report emphasized the importance of this financing to reduce disparities in the course of recovery between rich and poor countries,” but “in an environment of constant uncertainty about the Corona virus and its variables, a strict sanitation program budget is considered counter-intuitive and could be detrimental to long-term growth, Especially by exacerbating the lasting effects of the epidemic on health and education.

The report described the International Monetary Fund’s decision, last August, to allocate “a year of Special Drawing Rights (SDRs) with a record value of 650 billion dollars” as a good “boost”, but it may not be enough, noting that the goal is to lend to rich countries. its share of the SDR of African countries or use it to attract private funds to support small and medium-sized businesses, not just countries.

Analysts at Africa Pulse concluded that, “Achieving development goals in the region will require contributions from all potential sources, including international financial institutions and the private sector.”

The article “World Bank”: Sub-Saharan Africa is on its way out of recession was written in Al Borsa newspaper.