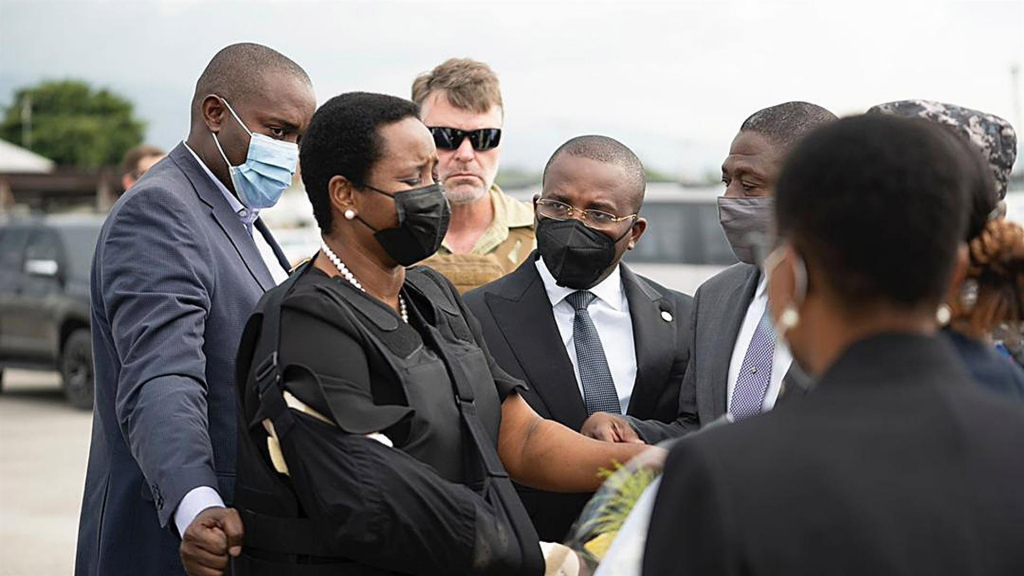 Martine Moise, widow of the president of the Haiti, Jovenel Moise, murdered on July 7, returned to the city of Port-au-Prince this Saturday, 17, after spending more than a week being treated in a Miami hospital for injuries sustained during the attack on her husband inside the official house in which they lived. . Haitian government spokesman Frantz Exantus announced the return of the first lady, who was received on the runway at Port-au-Prince International Airport by interim Prime Minister Claude Joseph, who has been in charge of the country’s government since the assassination. . The First Lady walked out of the plane, wore a bulletproof vest and had her left arm immobilized. She was dressed in black as a sign of mourning, according to images released by the country’s spokesperson on social networks.

State funerals in honor of the dead president will be held next Friday, 23, in Cap-Haitien, the largest city in the north of the country and close to Trou-du-Nord, where Jovenel Moise was born. Martine is one of the few witnesses to what happened in the early hours of July 7th. She was even reported dead by the Organization of American States, which offered condolences for the couple’s death after the crime, but then reiterated the information. So far, more than 24 people have been arrested for involvement in the crime. Also on Saturday, police in the American country issued a search warrant for a Haitian businessman who lives in Canada identified as Ashkard Joseph Pierre. His connection to the crime, however, has not been clarified so far.

*With information from EFE Agency