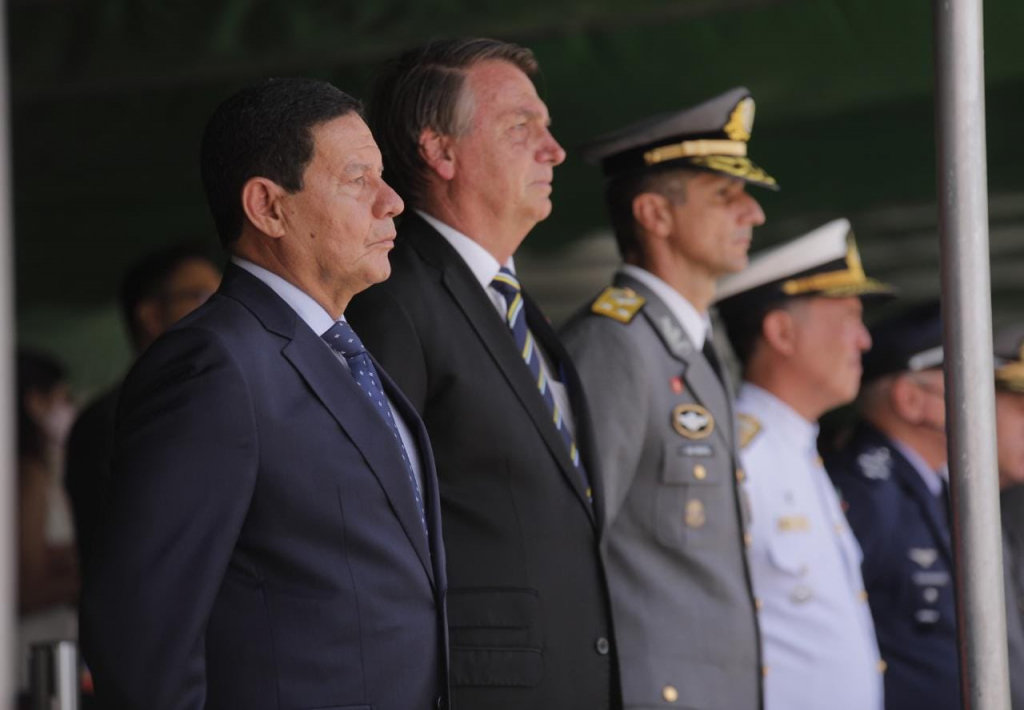 Another 36.4% rate it as negative; the survey was released by the Paraná Research Institute on Monday, 8

Disclosure / Instagram general Hamilton MourãoAccording to the survey, 56.9% see the government of Jair Bolsonaro more as a military, while 34.9% see more as a civilian

A survey carried out by Paraná Research Institute and released on Monday, 8, indicates that 50% of Brazilians rate the participation of women as positive. Armed forces in the president’s government Jair Bolsonaro. Another 36.4% rate it as negative, while 7.8% say they are indifferent. About 5.8% did not know or opine on the subject. The assessment is higher among men: 55.3% consider that the participation of military in the government is positive. While 45.1% of the female participants considered it positive. The Paraná Pesquisa Institute listened to 2,020 voters aged 16 or over. Consultations were made by telephone, from February 25 to March 1, 2021, in 26 states, in the Federal District and in 194 Brazilian municipalities. The degree of confidence is 95%, with an estimated margin of error of 2% for the overall results.

According to the survey by the Paraná Research Institute, 56.9% see the government more as a military, while 34.9% see it more as a civilian. 8.2% did not know how to answer the question. For 40.3%, the presence of the Armed Forces in the government has a positive influence when voting. 34.7% stated that the influence is negative and 19.2% said that they have no influence. Another 5.8% did not have an opinion. Despite 53.5% positively evaluating the military’s performance during the pandemic, 44.3% consider that the participation of the general Eduardo Pazuello, the Minister of Health, was negative. 32.7% say that Pazuello’s performance was positive and 13.5% say they are indifferent. Almost 10% (9.6%) did not answer. Another 25.3% evaluate the participation of the military, in general, as negative. 14.3% were indifferent; 6.9% did not know or did not give an opinion. Finally, 41.1% believe that the choice of a general to preside over the Petrobras. In relation to the same question, 40.2% affirm that the choice is positive, 10.1% believe to be indifferent and 8.6% did not express an opinion.