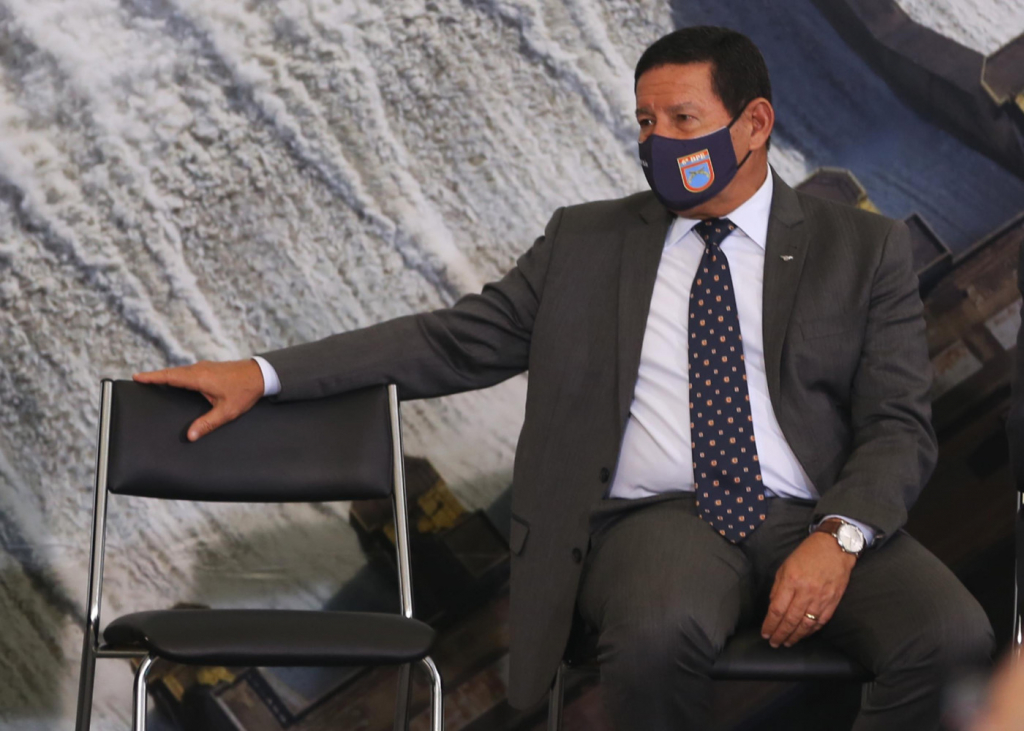 At Bolsonaro’s request, the general spoke with Angolan leader João Lourenço about the crisis in the Universal Church; for parliamentarians, the action of the vice president may constitute a crime of administrative misconduct

CLÁUDIO MARQUES/FUTURA PRESS/ESTADÃO CONTENTOfficially, the general was in the country to represent Brazil at a meeting of the community of Portuguese-speaking countries

The Vice President of the Republic, General Hamilton Mourao, may be the target of an investigation because of his trip to the Angola. Officially, the general was in the country to represent Brazil at a meeting of the community of Portuguese-speaking countries. He himself acknowledged, however, that at the request of President Jair Bolsonaro, he spoke with Angolan President João Lourenço about the situation in Universal Church of the Kingdom of God in the country. Members of the Angolan branch of the church rebelled against the institution’s Brazilian leadership. They even issued a statement accusing Universal’s general command of money laundering, tax evasion and racism. Since then, Brazilian pastors and bishops have been deported from the African country.

Before Mourão’s trip, representatives of the church in Brazil even complained about the lack of support from Itamaraty in relation to the situation. After the complaints, Hamilton Mourão was appointed by Bolsonaro to personally address the situation with the Angolan government. For some members of Congress, this action by the vice president may constitute a crime of administrative dishonesty, which is when the public agent acts, in the exercise of the position, against the public interest. The expectation is that representations will be presented to both the Attorney General’s Office (PGR) as to the Federal District Attorney’s Office. In these actions, opposition deputies are expected to question the use of public money to serve private interests, in addition to requesting information on the costs of flights by the Brazilian Air Force and of accommodation paid in Angola by the federal government.

*With information from the reporter Antonio Maldonado placeholder image