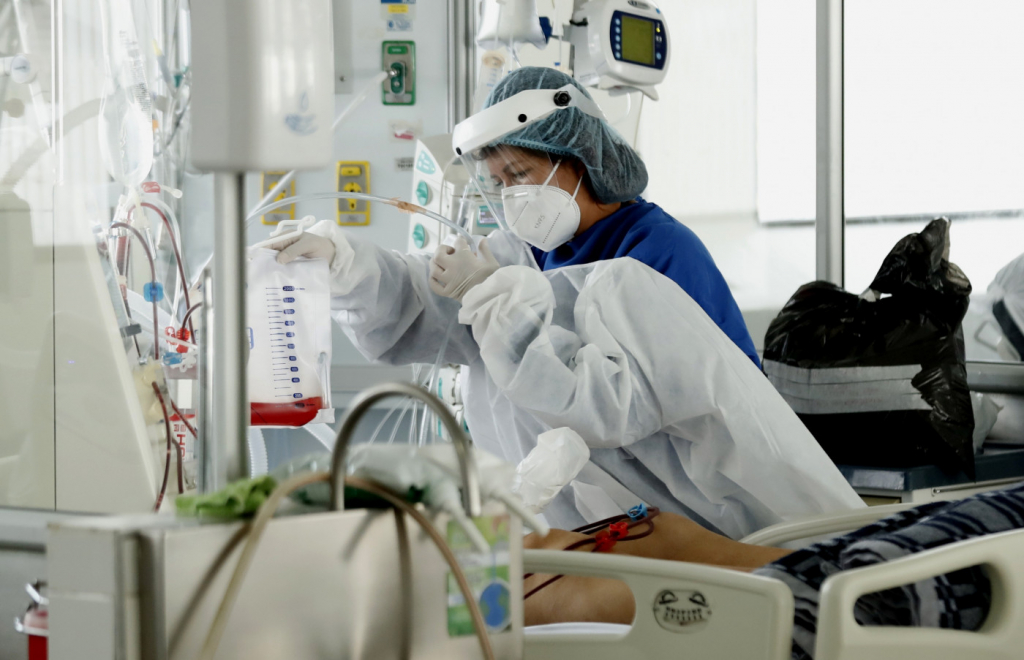 To supply the demand, the municipality announced the emergency opening of 19 ICU beds; the city asks people to look for medical units only in cases of extreme urgency

EFE / Mauricio Dueñas Castañeda The city expects help from the federal and state governments for the increase, as approximately R $ 1.8 million will be spent per month on the new hospital structure

A pandemic do coronavirus worsened in the ABC region and with this the city of São Bernardo do Campo will open an additional 19 ICU beds on an emergency basis. The mayor of the municipality, Orlando Living, says the hospital network is overloaded. “We are not being able to receive patients from outside, because the system is saturated. We serve when there is availability, saturated does not, ”he said. The city expects help from the federal and state governments for the increase, as approximately R $ 1.8 million per month will be spent on the new structure, which for the time being will be funded only with the city’s resources. The situation is so critical that there is only time to quickly sanitize the bed, since the demand is well above hospital capacity. With this, the occupation is practically immediate. “It is time for you to clean the ICU bed and immediately place a new patient, he is not even having time to spend six hours unoccupied, said Morando.

The City Hall makes an appeal for people to only look for health units in cases of extreme urgency and asks the population to stay at home, thus avoiding agglomerations. The president of the Council of Municipal Health Secretaries of the State of São Paulo, Geraldo Reple warns of the fact that the disease is also affecting young people and children more severely. “Eight children intubated in an emergency room. So the thing is taking children and young people as well. The age group has dropped to below 45 years, in addition to the elderly. ”

* With information from the reporter Daniel Lian