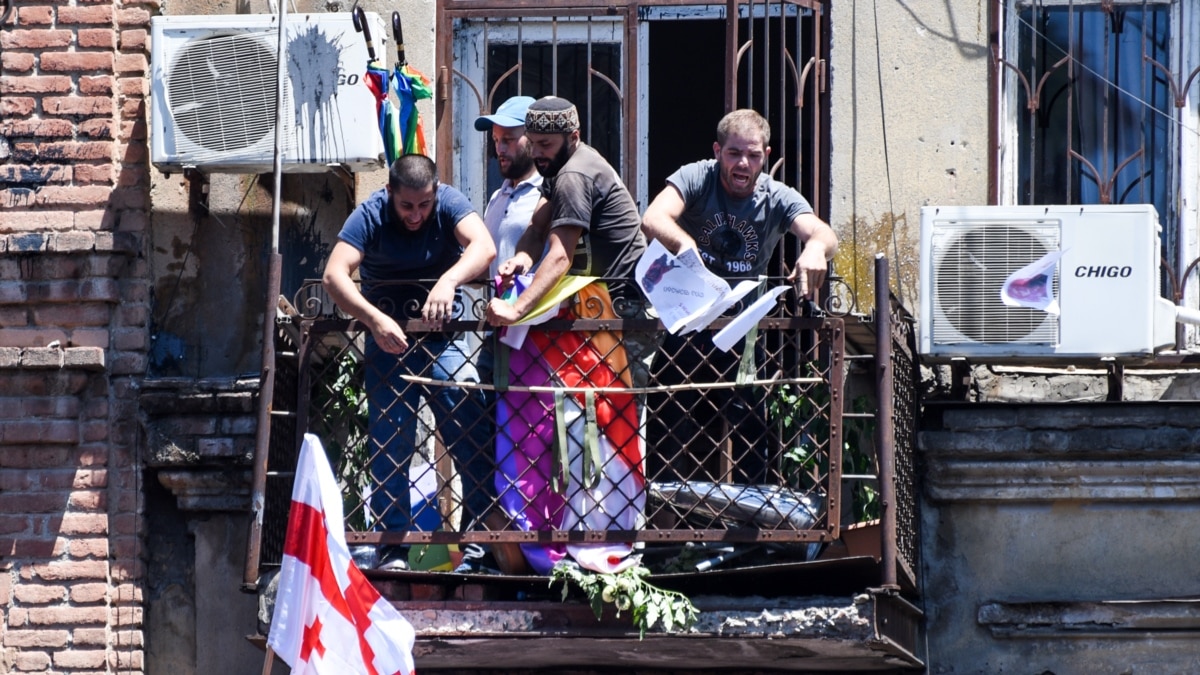 “Heartbreaking” – this is how the former US Ambassador to Georgia, Ian Kelly, assesses the developments in Tbilisi. Speaking to VOA, the ambassador said he expected the Georgian government not only to condemn the incident, but also to punish those involved in the violence.

He says that what happened to Georgia’s friends in the West is disappointing.

The government, not the president, is alone in not condemning this riot, this “pogrom”. It was absolutely heartbreaking. [ვნახეთ] The attack on journalists, the destruction of property and the police, as it seemed to me, did nothing. The government failed to fulfill its obligation to protect the safety of people who wanted to gather peacefully and did nothing to protect journalists who were beaten on the street. So far I have not seen anything from the government condemning the violence. It is good that the President and the embassies condemned what happened. However, the people of Georgia and its Western movement are very disappointed, to put it mildly. “We are heartbroken by what happened,” Kelly said. “I think there are a lot of videos showing beatings, wounding and vandalism of property. These people need to be arrested. “Each of them,” Kelly added.

Speaking to VOA, the incident was assessed by Damon Wilson, former vice-president of the Atlantic Council and future president of the National Endowment for Democracy. He also hopes that the perpetrators will be punished.

“I am inspired by the courage and aspiration of marginalized people in Georgian society to protect their rights and dignity. Friends of Georgia stand by human rights defenders and journalists who were attacked and intimidated at Tbilisi Pride. “I join the Georgians in calling on their government to bring to justice those who committed violence or called for violence and to protect their own citizens,” said Damon Wilson. “Like Georgians who believe that a sovereign Georgia is the best way to define themselves as a nation. Like Georgians who plan to take part in a peaceful march for dignity, they believe that a democratic Georgia is the best way for Georgian citizens to protect their individual freedoms,” he said.

Other commentators also speak of the government’s responsibility and inaction.

“It seems to me that for internal reasons, the government is doing everything it can to show the West that the country is not ready to be a partner and part of the West,” Toomas Hendrik Ilves, former President of Estonia, told VOA’s Georgian Service. “This issue is often discussed. “You can’t say I want to be European and not act like a European,” he said.

He says that “ensuring public order is the responsibility of the government.”

“If Georgia wants the EU to take it seriously, it must do everything in its power to bring to justice those responsible for what happened, and not to justify violence in any form at the helm of the country,” Ilves said. “If Georgia does not take action against these people, it will be perceived as an indication that they are working with these groups and promoting violence,” he added.

The assessments of other commentators were also harsh. David Kramer, a researcher at Florida International University and a former senior State Department official, has called on Prime Minister Irakli Gharibashvili to resign.

“The Georgian government is responsible for what happened today, not only because they did not condemn what happened, but also because they supported it. “It was a very bad day for Georgia, and I think the prime minister should resign, but I do not think he will,” said David Kramer, a former senior State Department official and researcher at Florida International University.

“We [შეერთებულ შტატებში] “We must demand Gharibashvili’s resignation and sanctions against those who are responsible for what we have seen in Georgia today,” he said.

Today, radical groups in Tbilisi disrupted the “March of Dignity”. Several buildings were ransacked, including Tbilisi Pride, Shame and OSCE buildings. One Polish tourist was wounded, one of the minors was beaten, whose clothes turned out to be unacceptable for radical groups.

According to the information available at the moment, more than 40 journalists are injured, several of them are in critical condition. After unprecedented attacks and violence, Tbilisi Pride has issued a statement saying it will no longer hold a march of honor.