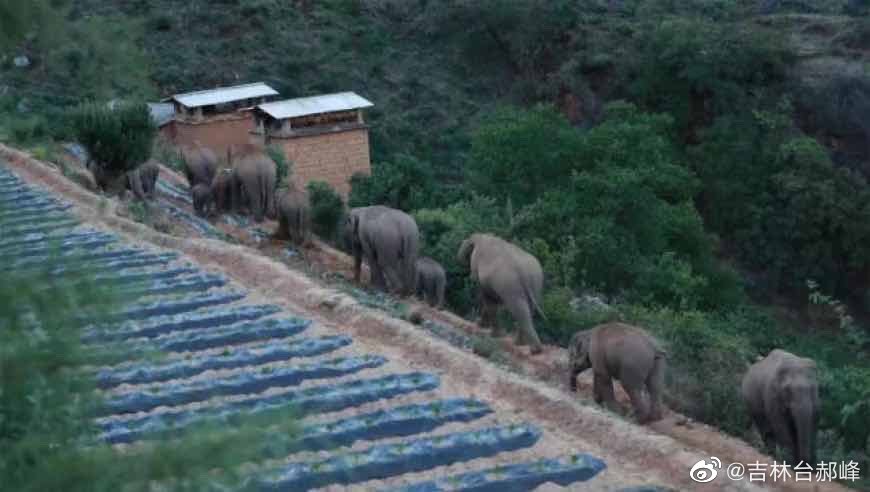 For reasons still unknown, the 15 animals have been marching across the country for over a year; they have already caused damage estimated at a million dollars on their 300-mile journey

For reasons still unknown, a herd of 15 elephants savages have been marching for over a year through the China. They have traveled a total of 480 kilometers through villages and small forests and are now approaching the city of Kunming, inhabited by 8.5 million people. Since they left the Xishuangbanna Nature Reserve, on the border with the Laos, the animals have invaded a car dealership, entered a grain depot, devoured corn and pineapples left in trucks and caused more than a million dollars in damage. Meanwhile, they continue to resist efforts by the environmental authorities to divert them to less populated areas of the country. The elephants’ behavior is catching the attention of experts, who speculate whether they have lost their way, are looking for food or are simply migrating for no reason. The main suspicion is that the movement of the herd is a consequence of the combination of efforts to conserve the species and decrease its habitat: the population of elephants in China has jumped from 200 to 300 in recent years, but deforestation has limited the space where they are located. naturally they live. Although the situation is worrying from an environmental point of view, the march of the herd is a cause for celebration among the Chinese. On Thursday, 3, residents of a village near Kunming received the animals with carts full of corn. More tons of food are being prepared for the group’s arrival in the big city. Even the state news agency Xinhua he referred to the 15 elephants as a “touring group”. However, the Chinese government warned that the population should seek to keep away from animals, which can be dangerous to humans.

15 wild Asian elephants in China’s Yunnan Province attract much attention of the country.The herd mysteriously left their traditional habitat&migrates northward for 400+km in months, even stray into human habitat.Local authorities are watching closely for the #WanderingElephants pic.twitter.com/c11lcS2tN4

15 wild #Asian #elephants were found entered Eshan county in SW #China Yunnan. Hope they will not be disturbed! 🐘🐘pic.twitter.com/9W0gRfOxN5