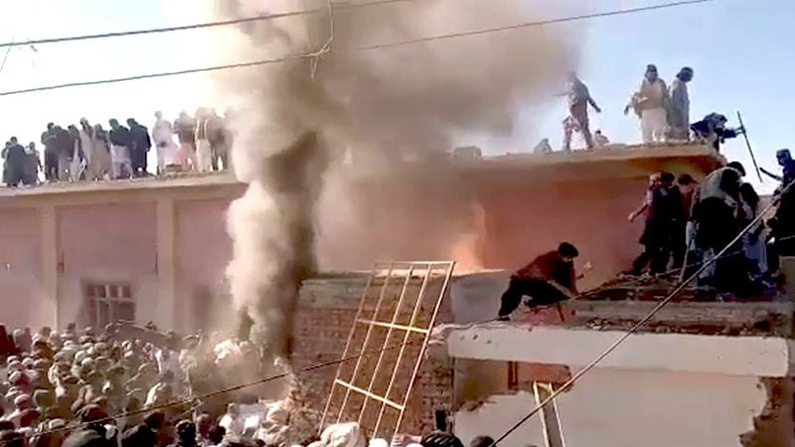 Hindu Temple Destroyed In Pak: It is known that a Hindu temple in Pakistan was demolished by some locals. However, there were strong protests against this.

Hindu Temple Destroyed In Pak: It is known that a Hindu temple in Pakistan was demolished by some locals. However, there were strong protests and pressure from India. Khyber Pakhtunkhwa Chief Minister Mohammad Khan announced on Friday that the temple would be rebuilt with this. He said orders have already been issued to the concerned authorities in this regard. He also directed the authorities to complete the construction soon.

According to government sources, a Hindu temple was torched on Wednesday in Teri village in Karak district of Pakistan’s Khyber Pakhtunkhwa district. The tomb of Sri Paramahansaji Maharaj in Teri village and the Krishna Dwara Mandir were destroyed by local Muslims under the auspices of Muslim organizations. Human rights groups and Hindu groups have strongly protested the incident. On the other hand, Ramesh Kumar, the minority spokesperson in the order, informed Pakistan Chief Justice Gulzar Ahmed about the incident.

Khyber Pakhtunkhwa police have arrested Ulema-e-Islami leader Rehmat Salam Khattak along with 26 others accused of vandalizing the temple. An FIR has been registered against another 350 people in the incident, police said. The Pak Supreme Court on Thursday inquired into the demolition of the Hindu temple over the incident. The trial is set to begin on January 5.