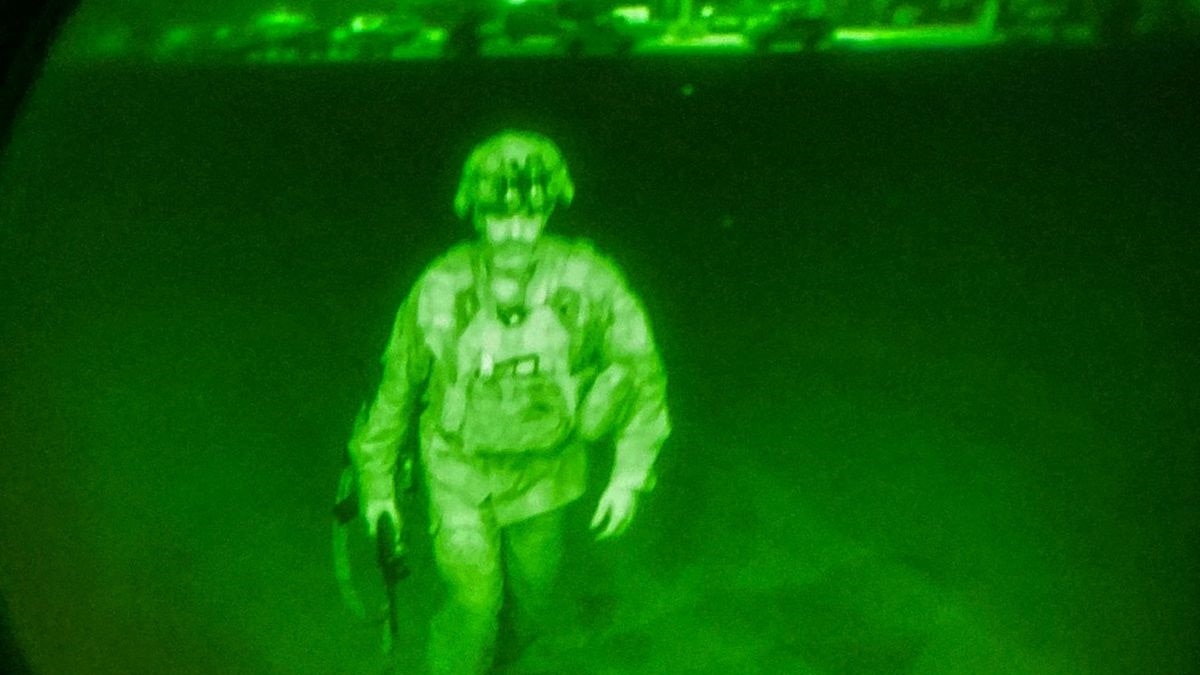 America’s longest war is over. All American servicemen have left Afghanistan. The last American plane took off from Kabul late at night on August 30. The shot, even taken with a military plane, is historic.

The American general holding a gun down his barrel was the last military to leave Afghanistan.

General Chris Donahue is the commander of the 82nd Airborne Division. It was this division that was responsible for evacuating civilians from Kabul airport. The U.S. and other states began evacuating their own citizens from Afghanistan and Afghans fleeing the Taliban regime after the radical group regained power lost 20 years ago on August 15. The U.S. and its allies have withdrawn about 123,000 people from Afghanistan.

The Taliban launched an intense offensive against Afghan government forces in late July and seized control of the capital, Kabul, on August 15. Afghan President Ashraf Ghani has left the country.

He is General Chris Donahuea, commander of the 82nd Airborne Division of the United States, a general who has coordinated the evacuation of civilians in Afghanistan for the past 15 days. The 82nd Battalion was responsible for the evacuation process.

From August 15 to August 30, thousands of people were evacuated from Kabul to different parts of the world. The refugees were received by the United States, the European Union and dozens of other countries, large or small, with the exception of Russia and China.

The evacuation of thousands of Afghans became necessary after Kabul fell and the Taliban regained lost power. Twenty years later, Taliban fighters are in control of Afghanistan and are discussing forming a government.

Thousands of Afghans are trying to leave the country at the cost of their lives after the overthrow of the legitimate government and the return of the Taliban. Many of them managed, some were killed and some remained in Kabul.

The war in Afghanistan began after the September 11, 2001 terrorist attacks. The start of the military operation was announced by President George W. Bush. In October 2001, US and allied forces began fighting in Afghanistan.

During the war, the US military was able to eliminate the number one terrorist Osama bin Laden. For 20 years before the presence of American and allied troops in Afghanistan, the government in the country was changing democratically. Today, Afghanistan goes back to 2001, when the country was ruled by the Taliban.