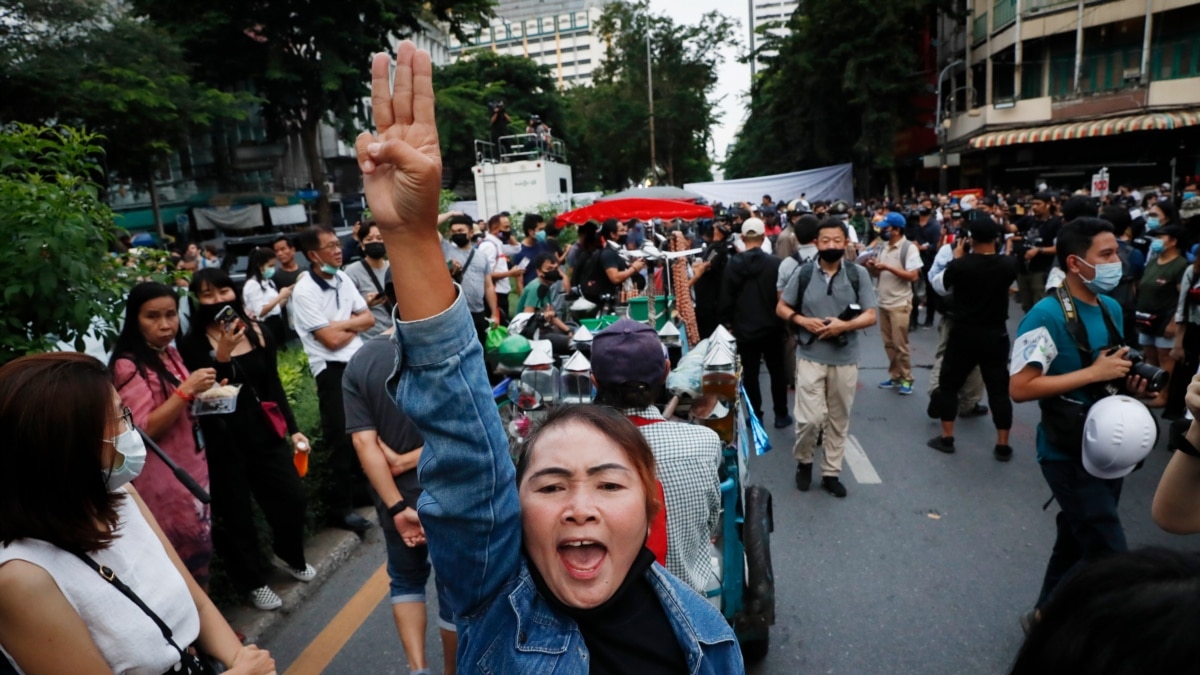 “We are talking about challenges and struggles, and rightly so, because for 15 years democracy has been retreating globally, harmful actors have multiplied, authoritarianism has grown, and often this is on the ashes of democratic transformation,” said Kenneth Wallack, chairman of the Democracy Development Fund (NED) board. Wallack has been president of the National Democratic Institute (NDI) for more than 25 years.

Wallace says that despite the weakening and growing challenges of democracy in the world over the past 15 years, there is still reason for optimism. “The first hope is the current demand for freedom and democracy in all regions of the world. “We know this through opinion polls, large-scale protests and election results around the world,” Wallack said.

“People have a demanding mood, they want food on the tables, a ceiling on them and also a political voice. They do not want to lose the latter because of the first two. On the other hand, there is now a global infrastructure of democracy that did not exist 40 years ago. It is made up of governments, intergovernmental organizations, donor and humanitarian agencies, foundations, and networks of civil society groups, political parties, and parliaments. “This architecture does not work perfectly, but the language of democracy often governs international discourse,” said Kenneth Wallack.

Carl Gershman, founder of the Democracy Development Foundation and former president, says that in parallel with the changing challenges of democracy, the mission of the Foundation for the Advancement of Democracy in 1983 has remained unchanged, even as American democracy has a number of problems.

“We know that our own democracy is in trouble, and that polarization is very deep in America, and the internal crisis is affecting democracy around the world. This is certainly a matter of serious concern to us, but we are not working on the problems of democracy in America. Our mission is defined by law and we fulfill this mission with the money of American taxpayers. “I think the idea of ​​democracy is what unites our country,” Gershman told participants at a democracy symposium organized by the organization last week.

The Democracy Development Foundation is an independent, non-profit foundation that aims to promote and strengthen democratic institutions around the world. Each year, the NED awards up to 2,000 different grants to help NGOs and groups outside the United States in more than 100 countries.

Gershman says that if analysts working for democratic development argued at the time of the founding of the NED that all existing dictatorial regimes should be overthrown by 2025, there are now more dictatorships in the world than there were decades ago.

Rosa Maria Paia Asivedo, a Cuban pro-democracy activist and human rights activist, says it is most difficult for political activists to maintain hope in authoritarian or totalitarian states. The struggle for democracy is a matter of personal freedom for the activist, along with the political and civil three.

“As my father used to say, the first step is always personal liberation, a very personal set of decisions to fight against authoritarianism and to fight for freedom,” Paia said.

“For me, it was an example of my father. What happened to him, what happened to my friends and many Cubans, the search for justice … That was the main thing for me. For activists who oppose the Cuban ruling regime, it is not only a belief that what we are doing is right, but also a belief that it is possible to liberate the Cuban people, that people can write their own destiny and defeat communism. “Hope is the first thing a dictator takes for granted. He is trying to stifle hope,” Paia said. His father, Oswaldo Paia, a winner of the European Parliament’s Sakharov Prize and a two-time Nobel Prize-winning activist, was assassinated by the regime in 2012.

“Place your bet,” said Igor Blazevic, a prominent Bosnian European human rights activist and founder of One World, Europe’s largest European human rights documentary film festival. The activist, who now lives in the Czech Republic, recalls that political activism was never his primary goal, although it was necessary to deal with its consequences and the situation after the war and he could not give up. He says the result of so many activists’ decision not to give up is that Bosnia today is an ideal but independent state that “Milosevic could not swallow.”

“Our goal is the goal of everyone who is not on the battlefield for democracy in Amtsuta. We must do everything we can to help others, both financially and morally, so that they do not lose hope,” Blazevic said.

Carl Gershman explains that these groups need not only financial assistance, training and solidarity from an NED-like organization, but also the mobilization of public support to draw the attention of the media, governments and international organizations to their struggle on a global scale:

“Now, while the role of the United States is not entirely certain for the future, I believe that leadership in the fight for democracy in the world must inevitably pass into the hands of local civic movements, people who fight for democratic rights, decent governance and their voices. “Their dignity was respected,” said the former NED president.

Francis Fukia, a political scientist at Stanford University, says that over the years, authoritarian regimes have not only abused or covertly exploited the financial sector of democracies and their weaknesses, but often Western companies allow them to do so and engage in kleptocratic networks.

Anne Appelbaum, a journalist with the Atlantic and a senior researcher at the Johns Hopkins International Studies and Agora Institute, who is also a member of the NED’s board of directors, says this part of the controversy between authoritarianism and democracy is the least focused. In fact, this approach may need further research and exposure.

“One of the most important aspects of the rise of authoritarianism and the problems of democracy now is how autocratic regimes relate to each other, how they form non-traditional alliances. For example, Cuba and Iran, Russia and Venezuela and others… “They give each other money, they share methods and technologies. They have created financial systems that allow them to ‘give up.’ He explains that in parallel with the assistance of individual countries or pro-democracy groups, it is necessary to identify systems that, even in the United States, allow autocratic regimes to cooperate and help each other.

“America and European countries now need to look at their own societies and financial or political systems that have been replaced by money in an autocratic world. I would like to see more of this in higher circles of government,” Appelbaum said.

Former diplomat and professor Ruben Bridget thinks citizens should always remember that their rights and freedoms are often the result of generations of struggle. These rights are not granted and can be easily lost without caution, especially in Eastern European countries where the Soviet regime has been at war for years. In his view, on the one hand, the strengthening of authoritarianism is facilitated by the problems of democratic governance or sometimes the frustration of the people with democratic governments. On the other hand, the example of a country like the United States, which affects the whole world, is necessary.