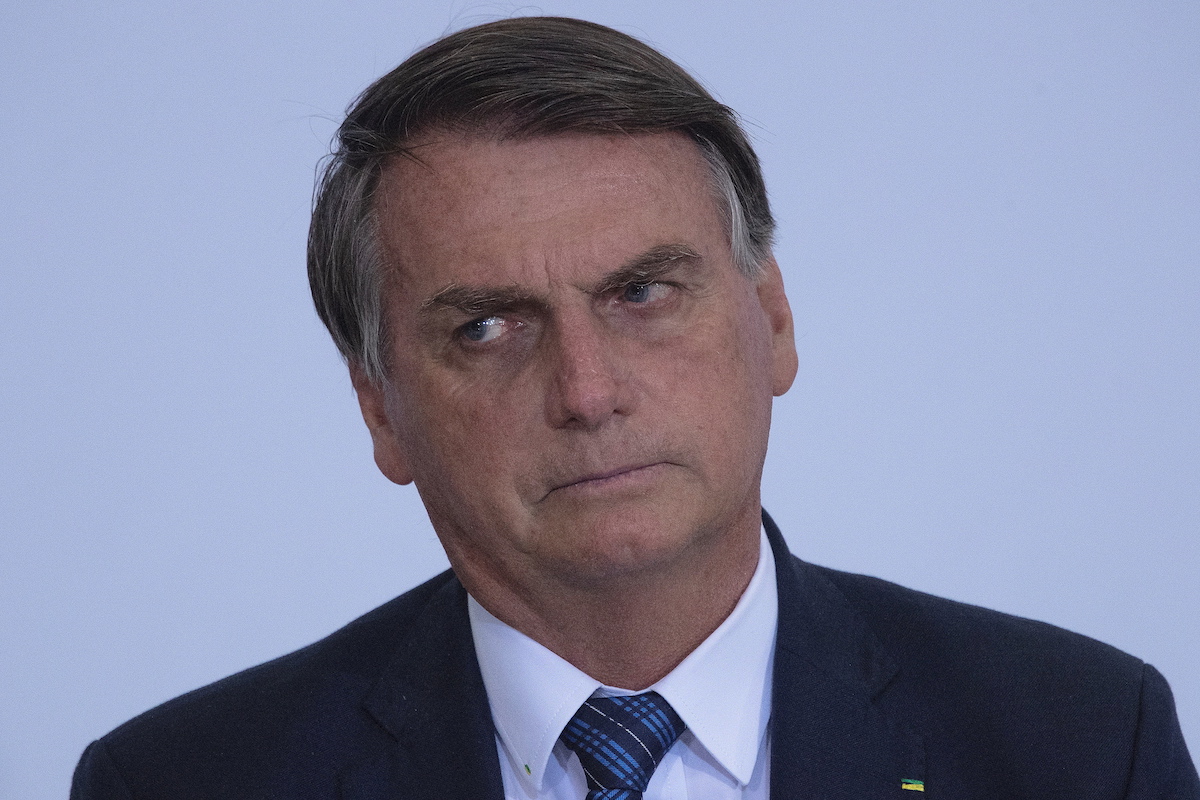 The Brazilian President, Jair Bolsonaro, again criticized the restrictions on economic activity imposed in what is the worst moment of the covid-19 pandemic in the country, urged him to “work” and asked: “How long will you cry?”.

In a fiery speech, in the state of Goiás, the President complained against the measures taken by governors and mayors to try to contain the advance of covid-19, which entered a phase of uncontrolled, with consecutive daily death records in the last few days, and with a total of lives lost in Brazil approaching 260 thousand.

“You [produtores rurais] they didn’t stay at home, they didn’t chicken out. We have to face our problems. No more freshness, ‘mimimi’. How long will you be crying? We have to face the problems. Obviously respect the elderly, those who have diseases, comorbidities. But where will Brazil stop if we just stop? ”, Asked the official, during the opening of a road in São Simão, Goiás.

“I appeal to the governors and mayors to rethink this policy of closing everything. The people want to work ”, added the extreme right-wing leader, stressing:“ We are going to fight the virus, but not in that ignorant, stupid, suicidal way ”.

According to Bolsonaro, it is possible to “dream of better days for everyone, but without money, without a job”, citizens are “doomed to failure, misery and death or to actions that have no interest, such as disturbances or withdrawals ”.

Without mentioning at any time the increase in the number of deaths and infections, which, in the latter case, already exceeds 10.7 million in a country of 212 million inhabitants, Bolsonaro underlined that he regrets “any death”, but insisted that this “is part of life”.

According to the President, it is necessary to “have courage” and “face the problems”, but “without staying at home”, nor “cowering”.

“We will take care of the elderly”, but “the rest must work”, because if only the activities considered “essential” are allowed, “a lot of people” will go hungry.

“Essential activity is all that is necessary for the head of the family to take the bread to the house, damn it!” Exclaimed Bolsonaro, exalted.

The head of state, who promoted the use of drugs without scientific evidence against the new coronavirus, such as chloroquine, also reiterated his hope in a nasal inhaler developed in Israel, which can help fight this disease.

Bolsonaro stressed that an official mission from his government will go to Tel Aviv next week to initiate contacts, with the aim of carrying out the necessary experiments in Brazil.

“Life is just one” and, therefore, it is necessary to try medicines that can have an effect, said the head of state, who insisted that Brazil is “one of the countries that most vaccines”, although, so far, just over 3% of the population has been immunized and doses have already started to run low.

Even so, Bolsonaro guaranteed that throughout March the country will receive “20 million doses and another 42 million in the next month”.

He also repeated his almost daily criticisms of the press, which he accused of “distorting everything”, “Sow panic” and “behave as if it were a left-wing party”.

The covid-19 pandemic caused at least 2,560,789 deaths worldwide, resulting from more than 115.1 million cases of infection, according to a report made by the French agency AFP.