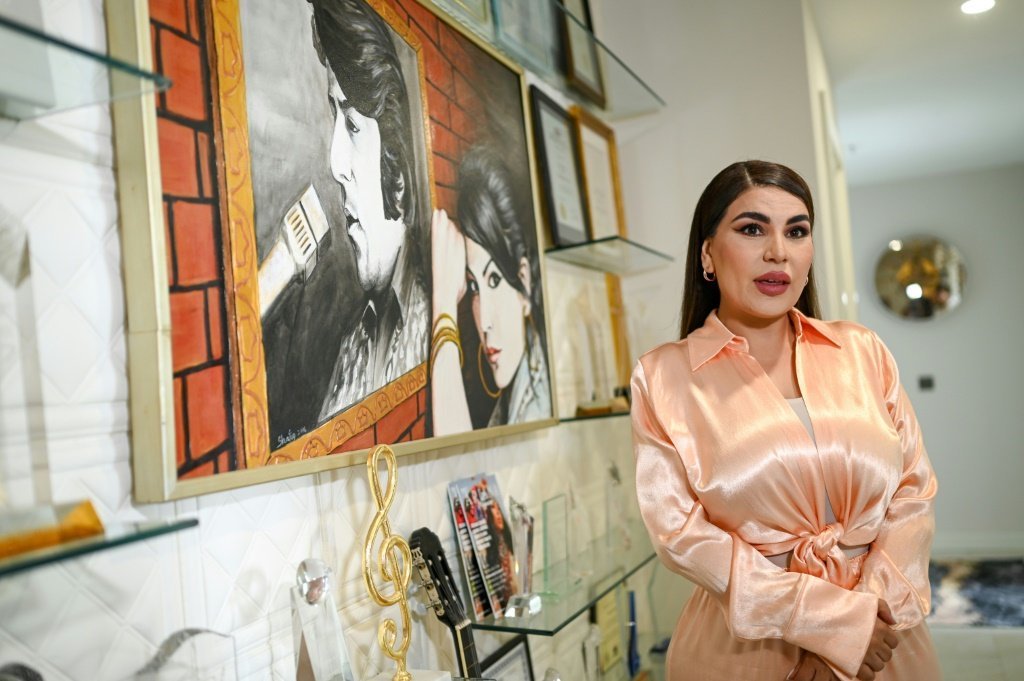 Refugee in Istanbul, Afghan pop star Aryana Saeed tells AFP how she left obscene in disguise, afraid of being recognized by extremists that threatened her for a long time.

“Don’t let them catch me, kill me first,” she begged her fiance on the way to the airport.

Aryana Saeed, the most popular Afghan singer with 1.4 million followers on her Instagram account, has unleashed the ire of religious and conservatives in her country for her songs defending women’s rights and denouncing violence against them.

A judge on The Afghan Star, a program organized by the Tolo News television channel, the 36-year-old star could not walk freely in Kabul and lived under protection, limiting her movements.

On August 15, he tried to leave the country hours after the Taliban took over Kabul. But the plane she boarded did not take off.

The singer took refuge with relatives before a second attempt the next day. Insurgents were present at all checkpoints and their fighters – armed with Kalashnikovs – surrounded the airport.

So she formed a convoy: her fiancé and manager, Hasib Sayed, in one car and she in another. They communicated by walkie-talkie.

“That’s when I told him, ‘If they’re about to catch me, please kill me. Shoot me in the head. Don’t let them catch me alive.’ It’s what I feared most, far more than death.” , explains.

Recognized by an interpreter

The pop star knew she was taking a risk by launching her fashion label in Kabul in July, as Westerners were leaving the country. “I always wanted to believe in the future, so I decided to invest”, he explains.

That night, she dressed in black, her face hidden under a hygienic mask and glasses, with Hasib’s nephew sitting on her lap to make them look like a normal family.

“We tried to get him to memorize what he had to say in case of control. ‘If they arrest us, I’m your mother and my name is Fereshta,'” he said.

Arriving at the airport gates, the soldiers refused to make way for them, favoring the passage of American citizens. But one of the interpreters identified Hasib and explained that he was the boyfriend of the biggest Afghan star, whose life was really threatened.

Thanks to him, the couple reached Doha, then Kuwait and finally the United States, from where they moved to Istanbul, their new residence.

Saeed explains that Afghan women today are better educated and better informed about their rights than under the previous Taliban regime (1996-2001).

“Afghan women are no longer the same as they were twenty years ago,” she details, as her compatriots continue to demonstrate in Kabul, defying Taliban brutality.

The singer has dedicated most of her songs to Afghan women, despite the danger. “With the Taliban, I don’t have space because they want my life, my blood,” he sums up.