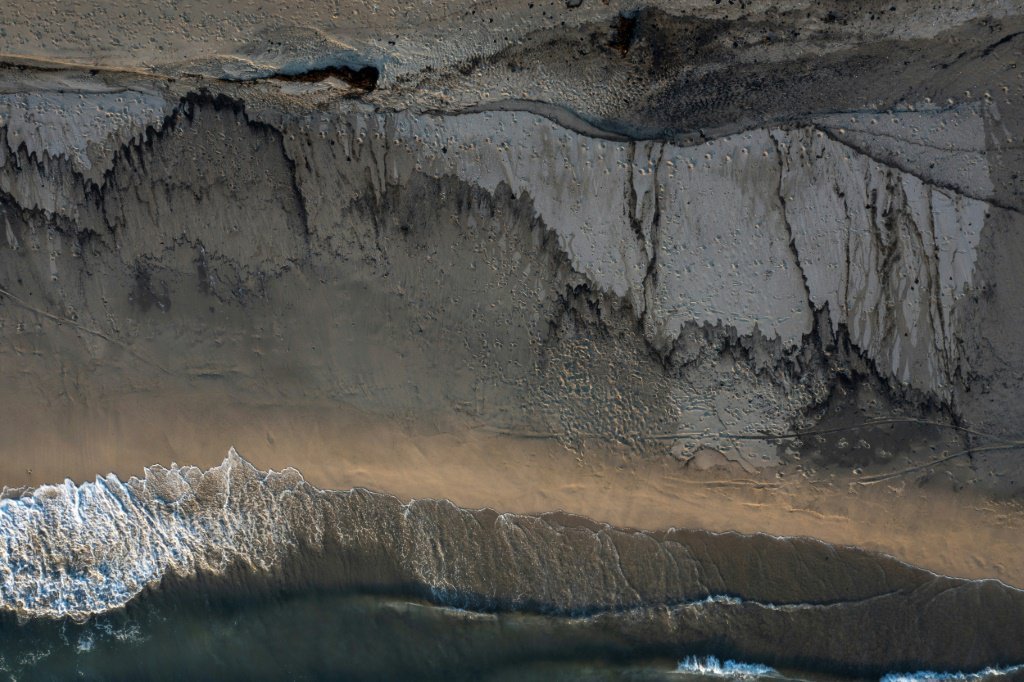 A huge oil spill on the high seas this Monday (4) threatened the fauna and beaches of the California, an incident that has been classified by local authorities as an “environmental disaster”.

Dead birds and fish, some with traces of oil on their bodies, appeared on the beaches of Huntington Beach. These were closed by the authorities, who asked all residents to stay away from the contaminated waters, which represents a serious blow to the locality, which is also known as the “City of Surfing”.

The beaches could remain closed “for weeks, even months,” warned Mayor Kim Carr, adding that she feared a “potential ecological disaster” for the region.

Many residents interviewed by local media complained about the strong smell of bitumen that permeated the air.

In total, 15 miles of coastline south of Los Angeles has been closed, from Huntington Beach to Laguna Beach, and authorities have also suspended fishing in the area.

The spill of 480,000 liters of post-production crude oil began leaking on Saturday morning (2) from a pipeline connected to an offshore oil platform, according to authorities. 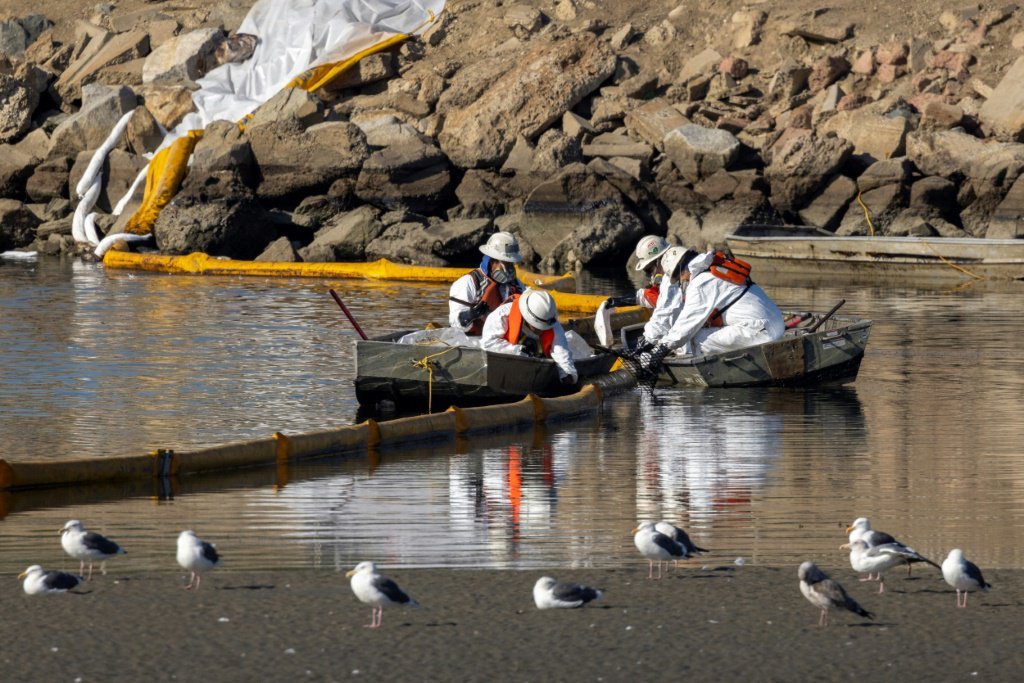 Authorities have placed more than 1.5 km of barriers to prevent the oil slick from advancing into sensitive natural habitats.

Authorities have placed more than 1.5 km of barriers to prevent the oil slick from advancing into sensitive natural habitats. (AFP/AFP)

The general director of Amplify Energy Corporation, a Texas-based company that explores the pipeline through its California subsidiary Beta Offshore, said he had alerted the Coast Guard on Saturday morning when his teams detected a possible leak.

The company sent a remotely operated vehicle to examine “over 2,400 meters of pipeline […] We saw a point that we believe is most likely the source” of the leak, Martyn Willsher said Monday at a press conference in Huntington Beach.

“The divers will check the site this afternoon,” added the director general, noting that none of the pipeline’s annual inspections had detected any signs of wear in the pipes.

As a precautionary measure, Amplify Energy closed all of the company’s production facilities and pipelines in the region.

The Coast Guard of USA, which coordinates the response to the incident, mobilized several cleaning vessels. Until the afternoon of Sunday (3), about 12 thousand liters of oil had been removed from the water and about 1,600 meters of barriers were installed to contain the advance of the oil slick.

“We’ve seen over and over how harmful offshore oil spills are to our coastal ecosystems as well as our economy,” he tweeted.

“We have the power to prevent future spills,” added the senator. 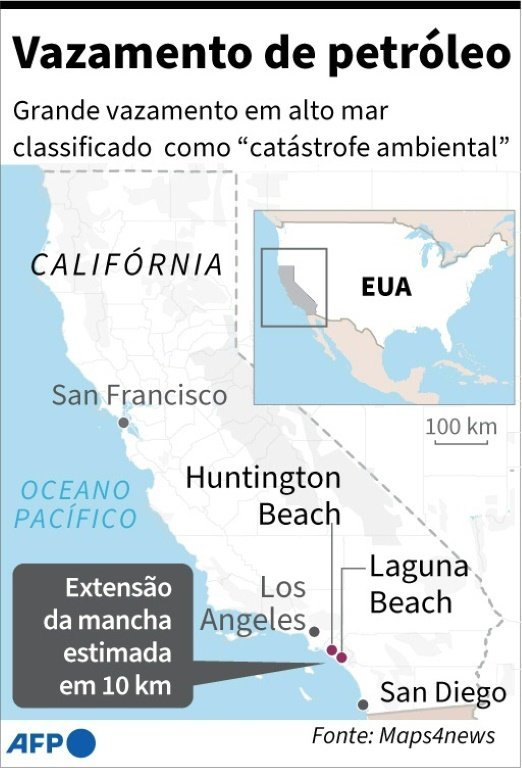 Map with the location of the oil spill area off the coast of California.

Map with the location of the oil spill area off the coast of California. (AFP/AFP)

At a press conference on Sunday afternoon, authorities warned residents not to touch or try to save any wildlife, but call on local authorities to alert them to animals affected by the oil.

“This is just devastating to our marine life, our habitat, our economy, our entire community,” Orange County Supervisor Katrina Foley told MSNBC on Sunday.

“Our natural habitat, which we’ve spent decades building and creating, is damaged in a day,” he lamented.

Foley said he was told that response teams had plugged the pipeline and were working to repair it, but that there was still an oil leak on Sunday.

The spill began near the Elly rig, built in 1980, and one of 23 oil and gas drilling rigs erected in California’s federal waters, reported the Los Angeles Times.

The disaster has rekindled debate over the presence of oil platforms and pipelines very close to the southern coast of California.

“The oil spill […] it is as tragic as it is avoidable,” said Alan Lowenthal, the Democratic congressman who represents the region in Congress in Washington.

“This will be devastating not only for our marine fauna and ecosystems, but also for our coastal communities that subsist on fishing, tourism and recreation” in the region, added the politician representing California’s 47th district.

“As long as these platforms and pipelines continue to exist, our coastal communities will continue to be threatened by possible catastrophes like the one we are seeing now,” said Lowenthal.

Oil spills have left their mark on California for decades. Images of dead, oil-covered dolphins and blackened beaches off the coast of Santa Barbara in 1969 provoked widespread disapproval.

Since then, California has not granted more permits for oil exploration drilling.

However, state jurisdiction extends only three miles offshore, and federally authorized oil and gas platforms dot the region’s seascape, many of them easily visible from the coast.

Environmentalists have warned on several occasions about the age of some of these installations, which, according to them, are oxidized and poorly maintained.