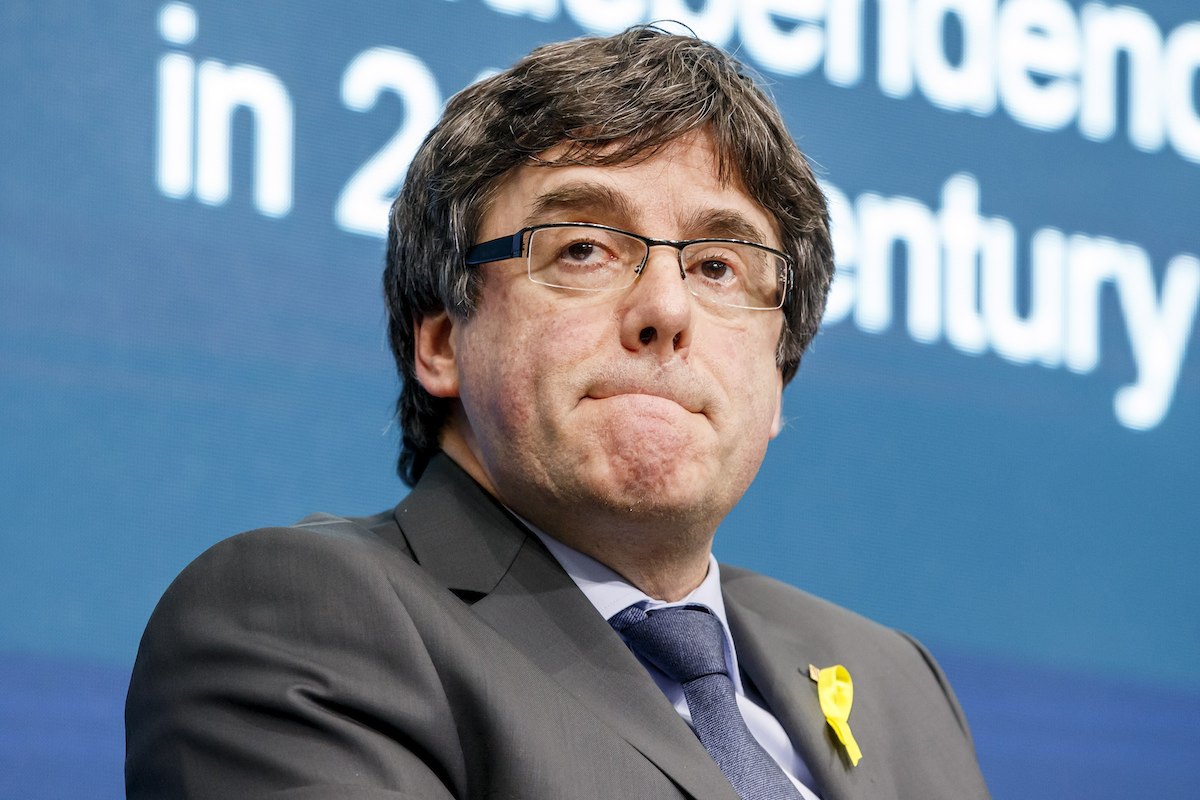 Carles Puigdemont, former head of the Government of Catalonia, Spain

Hundreds of people gathered near the Italian consulate in Barcelona to protest the arrest of Carles Puigdemont.

Hundreds of people gathered this Friday near the Italian consulate in Barcelona, ​​guarded by a strong police force, in protest against the arrest in Sardinia of the former president of the Catalan government Carles Puigdemont.

The meeting, convened by the Catalan National Assembly (ANC) and joined by the Omnium Cultural and other entities, was attended by the president of the ANC, Laura Borràs, the vice president of the Catalan government, Jordi Puigneró, and the spokesperson of the Republican Left of Catalonia (ERC), Marta Vilalta, among other positions of political formations.

The secretary general of Juntos pela Catalunya (JxCat) and former president of the ANC, Jordi Sànchez, and the president of the Òmnium Cultural, Jordi Cuixart, also participated in the protest, both recently pardoned from the sentences imprisonment to which the Supreme Court sentenced them for a crime of sedition, for their role in Catalonia’s attempt at independence.

the catalan police [Mossos d’Esquadra] implanted a extensive device to protect the Italian consulate building, preventing protesters from approaching the building. Thus, the protesters ended up moving for a few dozen meters towards Diagonal Avenue, cutting off traffic.

Amidst pro-independence banners, protesters shout slogans in support of Carles Puigdemont and for demand that the Italian authorities release the former president, who in the next few hours should be at the disposal of the Italian Justice.

This Friday, several dozen independence activists from Sardinia also gathered in front of the Court of Sassari, on the Italian island, to protest against the arrest of Carles Puigdemont and to ask the European Parliament to restore immunity to the Catalan MEPs.

The spokesman of the Independence of the Republic of Sardinia (IRS) group, Simone Maulu, explained to EFE that they decided to concentrate in the court, where a hearing will be held in the next few hours to validate the detention, in solidarity with the Catalan independenceists, with whom “ they always had contacts” and even “participated as volunteers during the referendum in 2017.

On March 25, 2018, the arrest of Puigdemont in Germany gave rise to a large demonstration at the German representation in Barcelona — a building that this Friday appeared protected by a large police device — which ended up generating incidents and accusations against the Mossos d’Esquadra.

Puigdemont was arrested on Thursday in Sardinia, southern Italy, following a European arrest warrant issued by the Spanish Supreme Court for the crime of sedition that has never ceased to be in force, according to sources consulted by the EFE news agency.

The attempted secession in October 2017 of Catalonia, an autonomous community located in the northeast of the country, with a population of 7.8 million inhabitants, marked one of the worst political crises lived in Spain since the end of the Franco dictatorship in 1975.

Despite being banned by the courts, the regional government — which at the time was presided over by Carles Puigdemont — held a referendum on the self-determination of the territory on October 1, which was marked by police violence and followed, a few weeks later, by a declaration of independence.

The Spanish government, which at the time was led by the Popular Party (right), placed the region under the direct tutelage of Madrid and arrested the main independence leaders who had not fled abroad.