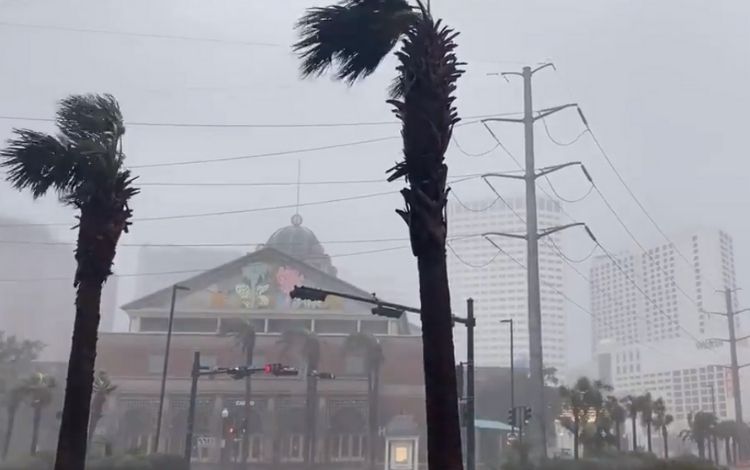 Wind fell from 230 km/h to about 200 km/h; storm has been causing damage and has hit hospital structures in Louisiana, United States

Reproduction/Twitter/WeatherNation/29.08.2021Hurricane Ida is causing damage as it advances to New Orleans region

The storm winds caused by hurricane Ida, which is approaching Nova Orleans, na Louisiana, USA, reduced speed, dropping from 230 km/h to about 200 km/h. With the change, the storm goes from category four – from five in all, according to wind speed – to category three, classification in which it was in the morning since Sunday, 29, before gaining speed when passing through a region of warm waters. The hurricane reached the American coast in the afternoon and caused damage to the region’s infrastructure. At Louisiana, the storm reversed the flow of the Mississippi River and raised sea levels in the Gulf of Mexico.

The storm also damaged hospital structures, which, in the state, deal with the increase in patients hospitalized by the Covid-19 – a result of the refusal of some citizens to be vaccinated and the advancement of the Delta variant of the new coronavirus. Some medical centers report cut phone, internet and power lines. According to Gov. John Bel Edwards, the state’s priority is to ensure that there are enough electricity and water generators so that hospitals can keep ventilators working and oxygen supply. In some regions, the forecast is that electricity will go out for weeks. “I hate to say this, but today we have a lot of people who depend on fans and they don’t work without electricity,” he said.