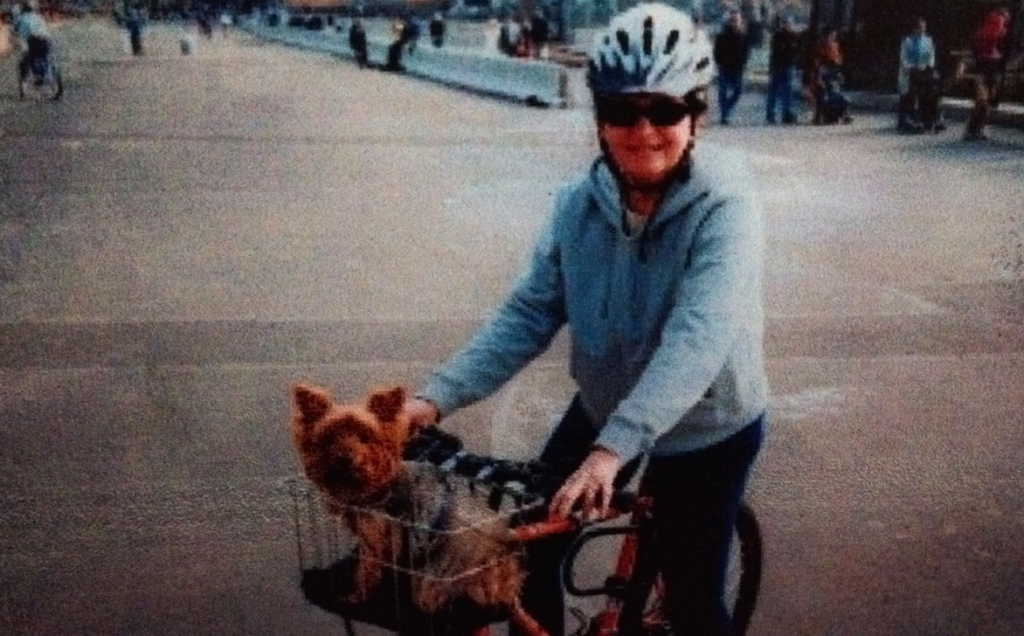 Averse to tourist sites, writer Marcelo Carneiro Cunha was 44 years old when he walked out of a movie theater in the Greenwich Village neighborhood on the night of September 9, 2001 and stared at the imposing twin towers of the World Trade Center, in Nova York. He, who was visiting the city for two events, on the 10th and 13th of that same month, momentarily recalled the terrorist attack on the site in 1993, when a truck bomb was detonated in the garage of one of the buildings, killing six people and leaving more than a thousand wounded. The details of an ordinary day for him would be quickly forgotten if the city didn’t soon become the scene of a horror movie scene. Few knew, but that night was already part of a countdown of the Al Qaeda, which on the 11th managed to hijack four commercial planes, kill nearly 3,000 people and knock down the financial stakes in the heart of the most populous city in the USA.

Two decades have passed, but Marcelo still remembers the clear blue sky he found when he woke up with a hangover on September 11 at a hotel in Union Square, just over two miles away from the two towers, which were already on fire after being hit by hijacked planes. “It’s not such an uncommon thing to wake up to the noise of an ambulance and police in New York. There’s always something going on,” he recalls. He walked for a few minutes to have breakfast and soon noticed a concentration of people around a TV. It was through the screens that he understood that something was wrong. First came the headlines reporting that planes crashed in Pennsylvania and the Pentagon. Then images of the two towers he had seen days before filled with smoke. “When I turn around, that was the ‘Godzilla’ scene. On Third Avenue, he saw people coming up en masse, covered with soot, with ashes. I must have been a mile or so from the epicenter. So from then on you start putting the pieces together in your head, trying to build a picture of what’s happening at that moment. I didn’t see, as many have seen on TV, the first plane crash. I was asleep. When I woke up, everything had already happened, it was happening”, he recalls. 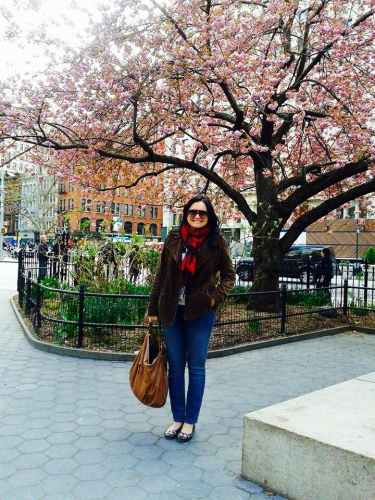 Márcia lived in New York until 2014, when she returned to Brazil

The Brazilian’s first instinct was to go to the place to report and better understand what was happening, but, barred by the police, who had put up cordons of isolation blocks away from the towers, and inside a completely besieged New York, he was to the market in order to stock up on food in case he could not leave the city in the next few days. “At that moment, nobody knew that this was the limit, that the four attacks had already happened, nobody knew how many more would happen. It was that thing of looking up and thinking, ‘What’s next? The Empire State?’” he recalls. Less than two kilometers away from him, Márcia Condurú from Pará, then 37 years old, was also taken by the same feeling of uncertainty. She lived with her husband on the banks of the Hudson River, used as a reference point for terrorists to find the towers, and was walking with her pet dog, Chelsea, when she saw fire and smoke in one of the buildings. Still unaware of the attack, he returned home, took the camera he used to take a course in the area, and decided to record what had happened.

“I took some photos from afar, but another plane appeared and went straight into the other tower. That’s when I started to shake, but I didn’t give up on walking. Without thinking, I started to cry a lot. Most of my photos are blurry. Suddenly a crowd starts coming towards me. People screaming, crying, screaming and others in shock like me. I couldn’t think. I decided to sit on the sidewalk and I started to pray”, she narrates. Before leaving the apartment, she had been warned by the doorman that the action at the WTC could be a terrorist attack. Her husband, Bob, was in a meeting a few kilometers away and in the face of chaos and uncertainty, Marcia was paralyzed. “I heard people say it was a war. That they were going to attack Washington. I cried and thought that I would die far from my family, who were in Belém do Pará. Sitting and not thinking, just looking at the towers, the second tower that had been hit collapsed. A giant cloud of smoke with a lot of dust enveloped the other tower. After a while, I have no idea how much, the other tower collapsed. Then I couldn’t move. I was prostrate. I was halfway there. I was prostrate for hours. Sitting”, she recalls.

The photos taken by Márcia at the time of the attack have been lost in boxes over the years, but memories of the horror are kept in mind and continue to thrill after two decades. Upon returning home, she needed to calm the family, who had left several e-mail messages looking for news about her. “I called Brazil. I calmed everyone down. I spoke with my father and my brothers. They knew I lived on the corner of the Hudson River that overlooked the towers. And that he went hiking on his bike in the Battery Park area. That day I spoke to newspapers and radio stations in Brazil. Bob wanted to sign up and be a volunteer, but he couldn’t”, he recalls. On that day, lines of people formed on the streets of New York to donate blood and to assist those affected by the attacks.” Marcelo Cunha, in turn, communicated with the family after talking to colleagues from a newspaper in Rio Grande do Sul. Her aversion to tourist sites, however, served as a tranquilizer for her mother who was far away and didn’t worry too much.

Tower site burned as the US watched over their dead

The towers collapsed less than two hours after al Qaeda’s first attack on the country, but the World Trade Center complex, which consisted of seven buildings and recorded more than 90% of all deaths from the 9/11 attacks, burned for days. A common memory for both Brazilians is the air of an “improvised wake” that the city registered without any official ceremony. “At night I went to meet some friends who were in the Village and we went to the roof of the building to see those flames in the distance. A lot of people were on the terraces looking at it. On the first day, no one could process. It was a general shock. On the second day I went to Chicago and took a subway. People were absolutely silent. I’ve never seen New York without a sound. I think there came the realization that something really terrible had happened”, says Marcelo. The response given by the government and the posters raised by the Americans at that time was one of unity and strength, but the sadness and commotion caused by the terror was evident.

“The smoke has been enveloping Downtown for weeks. The smell was horrible. We knew that thousands of people were charred. We don’t open the windows for anything,” says Márcia. She remembers the vigils that were held in streets near the epicenter of the attack and the applause that firefighters received at every shift change. In New York City alone, 343 officers of the corporation died as the towers collapsed. In addition to them, 23 police officers and 37 port authorities who tried to help victims died and are considered heroes. “A dark day. A sad day. A Sept. 11 watershed in the world. How much suffering”, recalls Márcia.

The two Brazilians, who do not know each other, returned to Brazil in different situations. While the Gaucho waited a few days for commercial flights to resume and took an almost empty aircraft in a nation fearful of further hijackings, the native of Pará, who for two decades lived on US soil, took a flight to spend Christmas and the New Year from 2001 to 2002 in Northern Brazil. At the time, she noticed that check-ins took longer, but remembers that the feeling was of security. “I think at the time we had to arrive three hours before the flight, everyone interviewed and X-rays for everything,” he recalls. She decided to return to Rio de Janeiro in 2014, where she kills her homesickness and takes care of her mother. After the attack, Marcelo visited the United States more than once and noticed the difference in the security measures taken at airports in the American country. “Until then I arrived in the United States and was a ‘generic non-American.’ From then on, I became a suspect of being Arab because I’m dark, so they always pick me up randomly to do magazines,” says the Gaucho, who now lives in São Paulo.

In all, 77 countries lost citizens in the attacks. Brazil mourned the death of four natives: Anne Marie Sallerin Ferreira, 29, and Ivan Kyrillos Fairbanks Barbosa, 30, who were from São Paulo and worked on floor 104 of Torre Norte; Nilton Albuquerque Fernão Cunha, 41, from Espírito Santo, who had arrived in the country days before and is still missing, and Sandra Fajardo Smith, 37, from Minas Gerais who worked on the 98th floor of Torre Norte and was the first Brazilian to be officially considered dead. Only one Brazilian is recognized by the US government as a survivor of the tragedy: Adriana Maluendas, who had traveled to the country to take a course and was staying at the Marriott WTC hotel, one of the seven buildings in the complex that was buried after the fall of one of the towers .