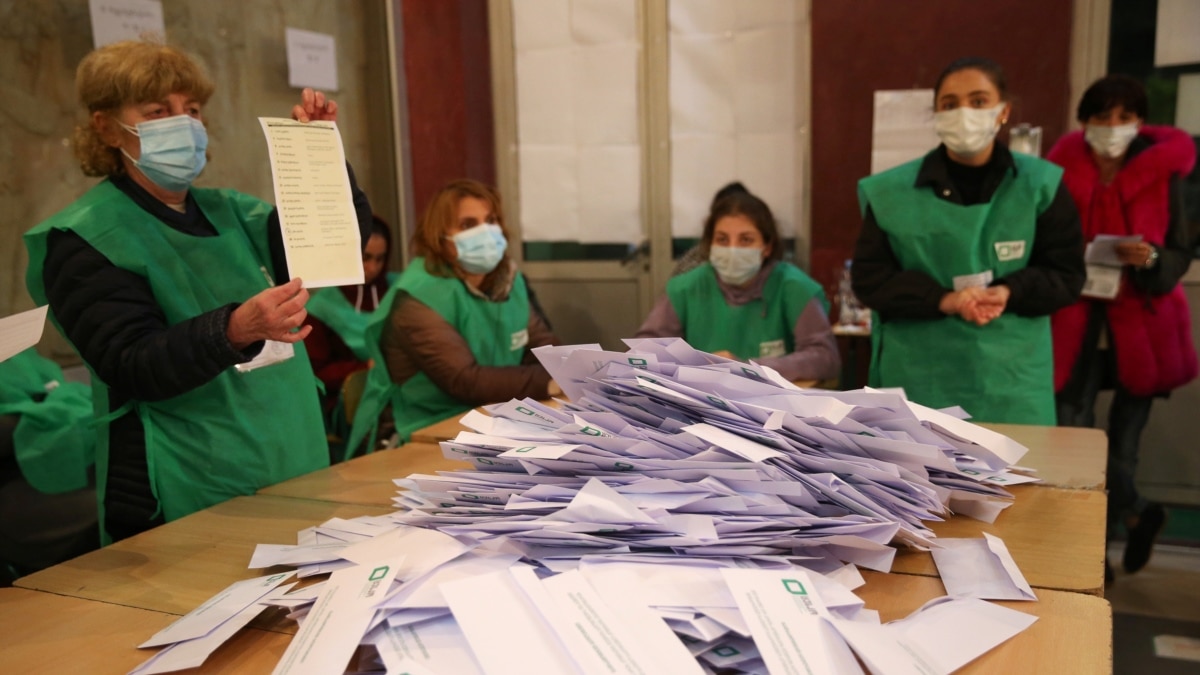 They are talking about the municipal elections in Georgia, the political environment and the arrest of the former president in the capital of the United States of America. American lawmakers, analysts and researchers in the region are responding to the ongoing processes in the country. Washington believes that the return of former President Mikheil Saakashvili, on the one hand, and his arrest, on the other, contributed to the further polarization of the situation.

Former US Ambassador to Georgia Ian Kelly says the situation seems to be creating a favorable political situation for both sides, but it is not in the best interests of the country

“I think Mikheil Saakashvili ‘s decision to cross the border illegally is a political catastrophe. One of the main problems in the development of democracy in Georgia is the extreme personalization of power. “It creates a very toxic and poisonous atmosphere. It drains oxygen from all the political dynamics,” the former ambassador said, adding that the situation was to some extent beneficial for both political parties.

“For Misha, because the National Movement has shown a tendency to want to use the streets. I do not know if I called him a political prisoner, it’s up to the other organizations to decide, but the existence of a politically motivated former president gives a reason and justification to demonstrate. Violence. The Georgian Dream side has a leadership that focuses on trying to destroy the monster “National Movement” by throwing its arms around the possibility of overthrowing the “National Movement”, which upsets political dynamics and balance. “It will be in Georgia ‘s interests,” said Ian Kelly.

The former U.S. ambassador believes the best that could have happened was to “find him and get him back” to cross the border illegally.

David Kramer, a professor and researcher at Florida International University and a former State Department official, like Ian Kelly, believes that the ruling party and the opposition should pay more attention to specific individuals than to the country’s long-term prospects.

“We should try to get the Georgian Dream and the opposition to join the civil society and focus on the problems of the country and not on the personnel, be it Saakashvili or Ivanishvili,” said David Kramer.

Speaking to VOA in the days leading up to the election, US senators said that any action by any party aimed at destabilization would not be supported by the United States. U.S. lawmakers and experts in the region emphasize that fair elections do not just mean a well-administered polling day. And while repeated violations are disappointing, the authorities are urged to hold a second round on non-violent and relatively equal terms.

The US diplomatic mission in Georgia also assessed the election process. According to the embassy, ​​the “blurred line between the state and party resources” is deeply troubling. The embassy expressed concern about voter intimidation, pressure, use of administrative resources, attempted destabilization and other violations that did not meet the high standard of fairness that Georgian voters deserve. “While some of the measures taken have brought positive change, the overall failure to reduce recurring irregularities, especially in the run-up to the previous election, is frustrating,” the diplomatic mission said in a statement.

That elections are not just a well-administered or poorly administered polling day is echoed by U.S. Democrat Sen. Gene Shaheen. Answering a question from VOA, the chairman of the Senate Foreign Relations Committee’s European subcommittee said that despite the technically well-conducted election, “the Georgian government is unable to allay significant concerns about election irregularities, intimidation, vote-buying and pressure on candidates.”

“The Georgian people deserve free and fair elections to be able to elect their leaders and their future. I have made it clear that the election process is not just election day. The relationship between the United States and Georgia requires that Georgia adhere to its democratic principles. I will continue to call on Georgian lawmakers to abide by these principles. “If this is not the case, it will have a negative impact on our bilateral relations, which is not in anyone’s interests,” said Jin Shahin.

Jim Rish, a leading Republican member of the U.S. Senate Foreign Relations Committee, says he is concerned about widespread reports of intimidation and bribery:

“When organizing the second round of elections, the Georgian authorities must take into account the problems identified by the OSCE, especially the violence during the election period and the unequal conditions for the parties, which pose a challenge to the ruling party. Fair and open elections are a sign of a strong democracy … These elections in Georgia were an unbelievable disappointment and a dramatic distance from the 2012 elections that I observed. “The international community will continue to monitor closely the second round of elections,” said Senator Rishi.

According to the preliminary results of the 2021 self-government elections, in all five self-governing cities of Georgia, none of the candidates won the mayoral elections in the first round. The second round of mayoral and Sakrebulo elections will be held on the fourth Saturday after the elections – October 30 in 64 out of 20 municipalities.