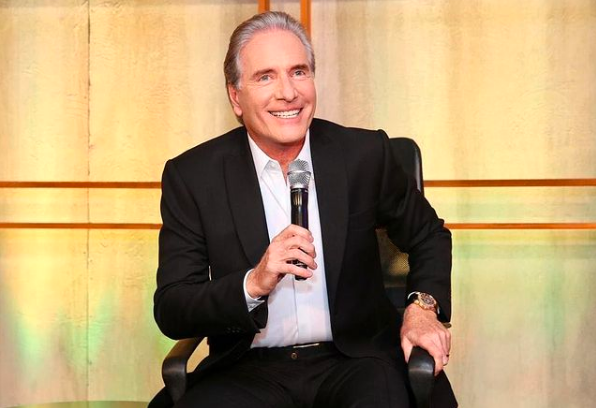 In an interview with Pânico, the businessman assessed that Bolsonaro conducted a ‘very bad’ conduct of the pandemic; “I was surprised by the progress, I imagined that the country would have a maximum of 30 thousand deaths”, he added

Image: Reproduction / Instagram @robertoljustusThe businessman Roberto Justus made a ‘mea culpa’ for statements said more than a year ago about the advance of the pandemic in the country

In an interview with the program Panic, gives Young pan, this Tuesday, the 18th, the businessman Roberto Justus made a ‘mea culpa’ for statements made more than a year ago about the advance of the pandemic in the country. In an audio leaked in March 2020, he claimed that the biggest consequences of Covid-19 would not be felt on health, but on the economy. “I was surprised by the disease because the level of contamination and deaths was much higher than I imagined. I thought there would be, at most, 30 thousand dead in the country – which would be horrible, but it didn’t even come close to my mind that the tragedy would take on the current proportions. I recognize that I was one of those who were optimistic. However, there are reasons that raised these levels. I voted for the Bolsonaro government to get rid of the PT in 2018, I recognize that there is a lot of good things being done, but the conduct of the pandemic in our country was very bad. The pandemic has escaped our hands, if I had known that there would be so many deaths from Covid-19, I would have put more pressure on the federal government to rush you into making decisions, ”said Justus. So far, the new coronavirus has infected 15,627,475 people and caused 435,751 deaths in Brazil.

When the Covid-19 arrived in the country, the businessman got involved in controversies with the leak of the audio sent to the presenter Marcos Mion. In the recording, he counters Mion about the severity of the virus. “Anyone who understands statistics will realize that the number [de mortos] it will be insignificant. In fact, it would be good if we caught the virus because we would have antibodies ”, he said in the recording in question. Justus went on to analyze the economic impacts of the coronavirus. “There is not a person who died for Covid who did not have other illnesses. In healthy people, zero. And it won’t happen at all * if the virus enters the favelas. This kids who are in the favela don’t even get sick. The pandemic will be costly. You will see humanity devastated at the time of economic collapse and world recession. You can’t compare it with the damage caused by this little virus, which is a mild gripezinha for 90% of people ”, concludes the audio from 2020.

Despite criticizing the government’s conduct during the advance of Covid-19 in the country, the businessman criticized the installation of the CPI to Covid-19. The commission investigates possible omissions by the Executive and possible illegalities in the transfer of funds to states and municipalities during the pandemic. “There are so many priorities for Brazil at the moment. As much as the government has sinned, it is not the time to see that. In recent months, the government has shown that it has changed its stance. We don’t have to analyze what was done wrong, now we are getting it right. It is okay to criticize and regret, but a CPI at this moment is a waste of time ”, he concluded.

Check out the interview with businessman Roberto Justus: