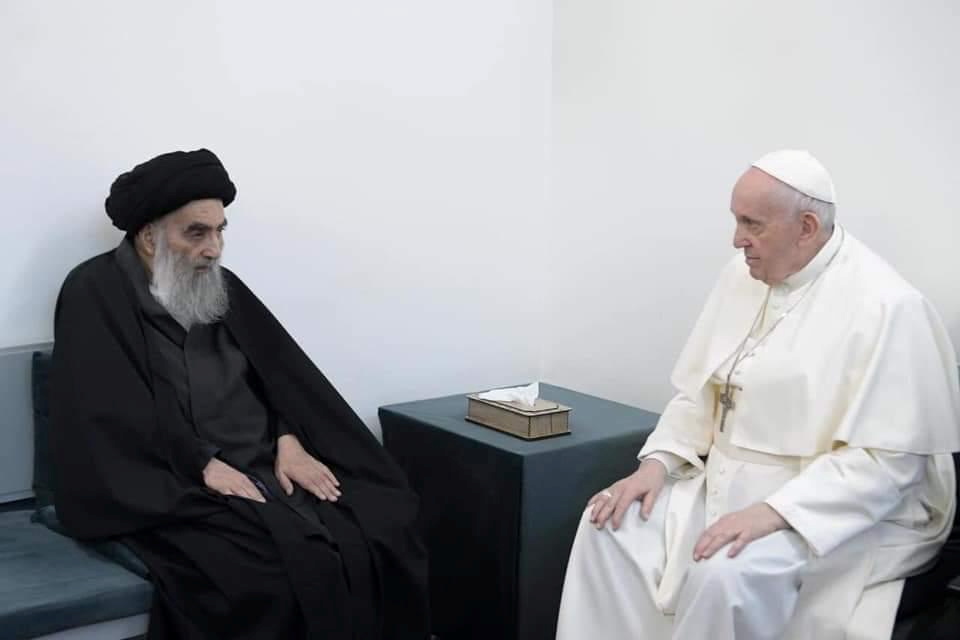 Pope found a Shiite cleric and said that ‘terrorism betrays religion’ during a visit considered to be ‘dangerous’; strong security scheme was set up for him

During a three-day visit to the Iraq, carried out under a strong security scheme, the Pope Francisco this Saturday, the 6th, he met with the greatest Shiite cleric in the country, Ayatollah Ali al-Sistani. The visit, which took place in the city of Najaf, marked the first time that the greatest representative of the Catholic Church personally meets a Shiite cleric of such size in the country. “Whoever believes in God has no enemies to fight. The real religiosity is to worship God and love your neighbor ”, declared the pontiff on the spot. He also made appeals for peace and said that “terrorism betrays religion”. After the meeting, the Pope traveled to the ruins of the possible birthplace of Abraham, the historic site of ancient Ur, which is over 4,000 years old.