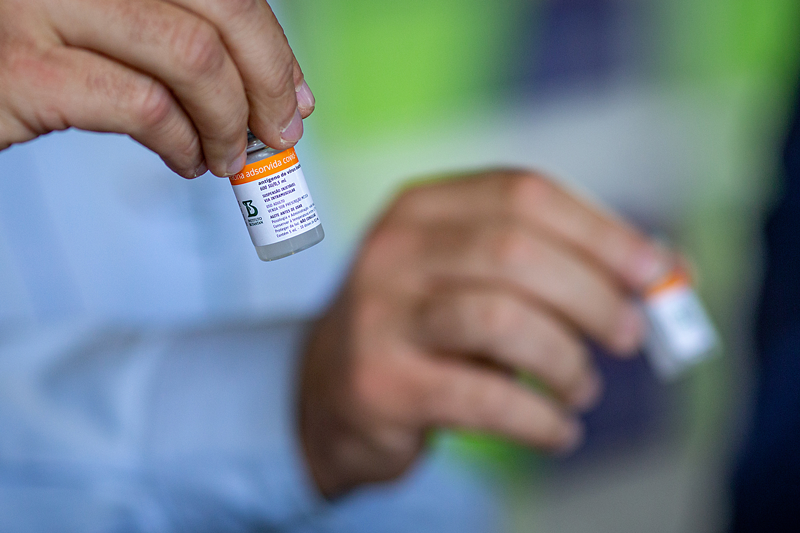 A mistake in the city of Itirapina, in Sao Paulo, caused 46 people to receive the vaccine against Covid-19 in place of the dose against influenza. In all, 46 residents received the CoronaVac. Among those vaccinated are 18 adults, including two pregnant women, and 28 children aged one to five years. Four health professionals in the municipality who had already been immunized with CoronaVac ended up receiving another dose of the vaccine. The Municipal Secretary of Health, Wlaukia Sanches Lemos Perondi, ensures that all immunized people are well, that they have had no adverse events and will be followed daily by the appropriate specialists, pediatrician, obstetrician or general practitioner depending on the condition of the patient. The mayor of Itirapina, Maria da Graça Zucchi Moraes, said that the municipality is investigating the responsibilities of those involved in applying administrative measures. A nursing technician has already been identified.

In Diadem, five children received doses of CoronaVac after an error at UBS Jardim das Nações. The Municipal Health Secretariat informed that an administrative process is already being opened to investigate the facts and that the employees involved in the incident have already been dismissed. “We clarify that, as soon as the occurrence was identified, the parents of the vaccinated children were immediately summoned to the unit for the necessary clarifications and guidance”, says the folder. Vaccinated children will be followed for the next 42 days. “The Department of Health values ​​the safety and fairness of the Vaccination Campaigns and reassures parents about the process carried out in the 20 Basic Units of the municipality and which follows the guidelines of Health Surveillance and Primary Care. In relation to this specific case, we reinforce that it was an isolated case and that it served to further expand our care ”, explains the Secretariat.