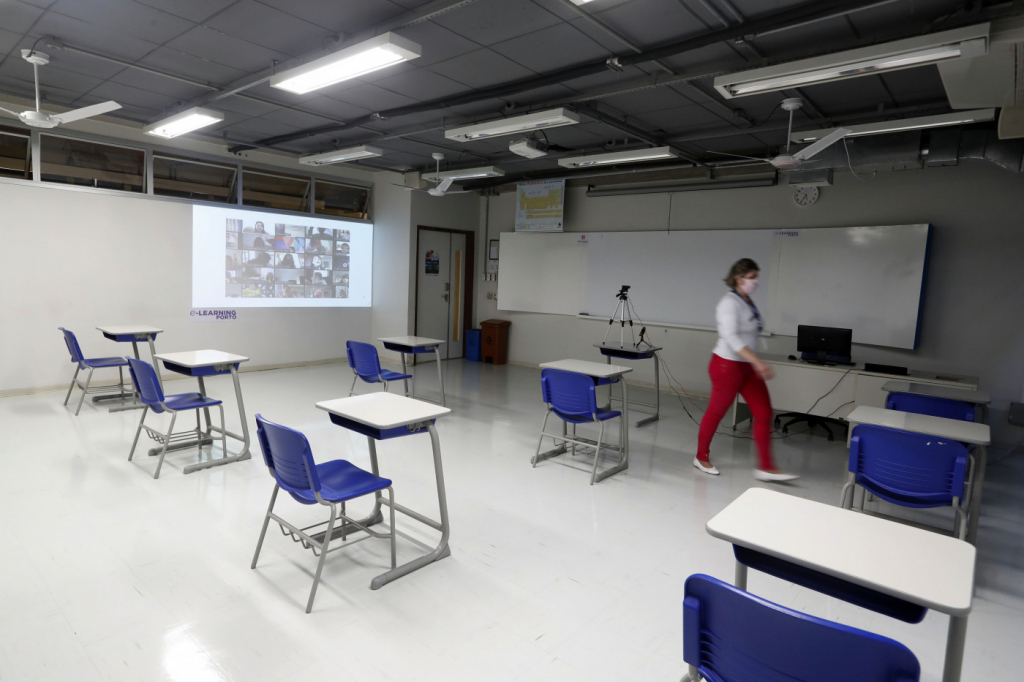 Project in progress at the Casa classifies education as an essential service and prohibits activities from being suspended in the pandemic; teachers cite unpreparedness of schools to return to the health crisis

Estadão Content – 12/08/2020Since the beginning of the pandemic, the debate on the topic has predominated in states and municipalities, which have adopted different measures for education

Educators demand safe resumption of classes in the second semester and support for teachers who fear the return to face-to-face work. Since the beginning of pandemic, the debate on the subject predominated in states and municipalities. The inequality among students has widened, as some of them have difficulty accessing the internet. The political strategy manager at Todos Pela Educação, Lucas Fernandes, defends the authorities’ efforts. “The municipalities have many responsibilities in the Federative Pact and are the ones with the least structures to provide answers and they want to do it. The States have to support, since the federal government has been at least apathetic in this process”, he pointed out. In hearing in the Federal Senate this Friday, 2, Lucas Fernandes assessed that Brazil lacks a uniform rule for back to school. The professor at the Federal University of Espírito Santo, Ethel Maciel, does not believe in secure reopening.

“That we have schools there that don’t have a bathroom. In a respiratory virus pandemic, where the need for hand hygiene is important, not having a bathroom is already the main barrier to preventing safe opening, because there is no safety in this place”, he said. The teacher recalls that each state has adopted different measures in schools. The State Secretary of Education of the large northern river, Getúlio Marques Ferreira, defends the immediate return, despite the risks. “What I defend here is first that the public school, with all the difficulties, is prepared to return, whether it’s staying as it is, meeting the difficulties and losses that we have around the world,” he said, reiterating that each state has the prerogative to adopt measures. A bill pending in the Senate classifies education as an essential service and prohibits classes from being suspended in the pandemic.

*With information from reporter Victor Brown