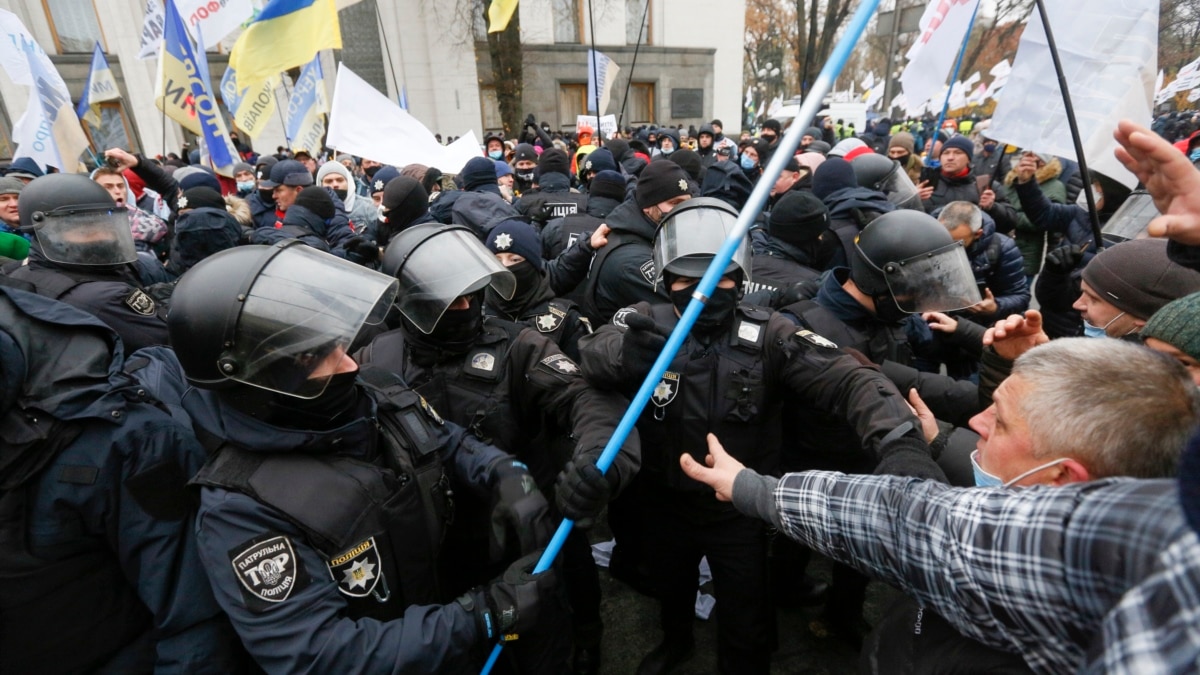 A protest rally of former police officers was held in front of the parliament. After the start of the parliamentary session, the protesters broke through the external barrier and approached the parliament, from where they were withdrawn by the current law enforcers. Protesters then blocked the street and picketed the government building.

The demonstration of former police officers was preceded by the sudden resignation of the Minister of Internal Affairs of Ukraine. Arsen Avakov, who has headed Ukraine’s law enforcement agencies since 2014, has resigned without explanation.