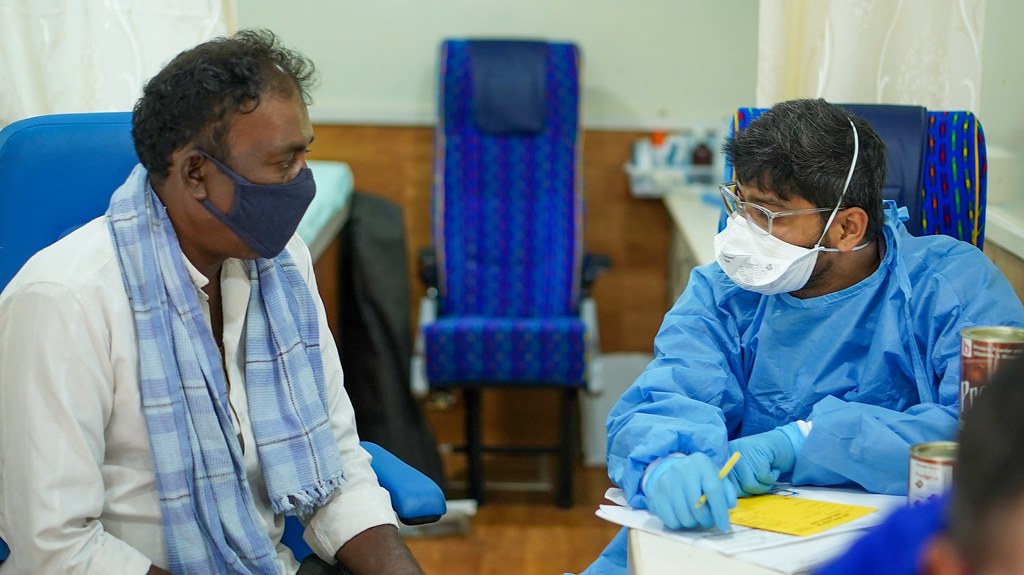 After having suffered one of the worst covid-19 outbreaks in the world, vaccination in India continues to fall short of what is needed. Lack of supply, allocation to private clinics and failures in scheduling systems are some of the causes of the problem.

Despite having within its borders the Serum Institute of India, O biggest producer of vaccines in the world, in India only 4.2% of the population is already fully vaccinated, according to Our World in Data.

Yet without the final results of clinical trials on efficacy and safety, last year, Adar Poonawalla, CEO of Serum Institute, risked by starting to mass produce vaccines, with a special focus on Astrazeneca, which he believed to be useful for countries with fewer resources as they do not require such low temperatures for conservation.

O risk ended up paying off when, at the end of 2020, clinical trials showed positive results. When countries started approving and ordering doses of Oxford-Astrazeneca, the Serum Institute he already had millions of doses ready to distribute and Poonawalla had promised that half of the production would be in India.

The promise was enough for India to define ambitious goals at the beginning of the vaccination campaign. The problem was that the government did not order enough doses in time to meet the targets.

it was just five days before the start of vaccination at the national level that the government of Narendra Modi placed the first order of Astrazeneca’s vaccine to laboratories. The order was also very modest: only 11 million doses for a country with 1.4 billion inhabitants, the second most populous in the world.

The second order was bigger, from 45 million doses, but still insufficient. in addition to Serum Institute, the government also ordered a small number of doses from another Indian company, Bharat Biotech.

At the time, in January, the pandemic was under control, and there was no urgent need for vaccines. The government was also negotiating better prices with the Serum Institute before buying more and donating millions of doses to neighboring countries.

This whole context helps to explain the lack of preparation that became clear when the second wave arrived in India. Between the end of April and mid-May, the country experienced a chaotic situation, with days in which there were 400 thousand new cases and nearly 5000 deaths.

There was lack of oxygen in hospitals and the country needed to ask the international community for help. The testing system has also collapsed, so the numbers may have been even higher than official data indicate and the applications used to schedule vaccinations consistently fail.

With the situation in the country, the government had to stop exporting vaccines to use them domestically and started sticking with all doses produced in India. O Serum Institute, which was going to be COVAX’s biggest supplier, had to drop out or program which distributes doses to poor countries.

Even the entire production of Serum Institute to be used in India was still not enough, and many Indians who had already received the first dose were unable to receive the second.

The government extended the break between doses of Astrazeneca, but denied that he was rationing the vaccines, justifying that the decision was based on new scientific data. But the scientific committee that advises the government revealed to Reuters that it did not support the decision. Modi’s executive also allocated about 25% of the offer to private clinics, which difficult access to most Indians.

These justifications were not enough for many critics and Poonawalla left India in late April after receiving threats from important figures in the country, revealed in an interview with The Times.

On June 21, the country vaccinated 8.6 million people, the country’s daily record so far. However, the government hopes to be able to vaccinate up to 10 million Indians a day by the end of July.

The second wave of covid-19 in India reached such large proportions in part due to religious ceremonies in April, as the BBC writes. In June, large crowds were seen again at the sacred rituals on the banks of the Ganges River, which has increased the number of people. experts’ concerns about a possible third vacancy in the country.