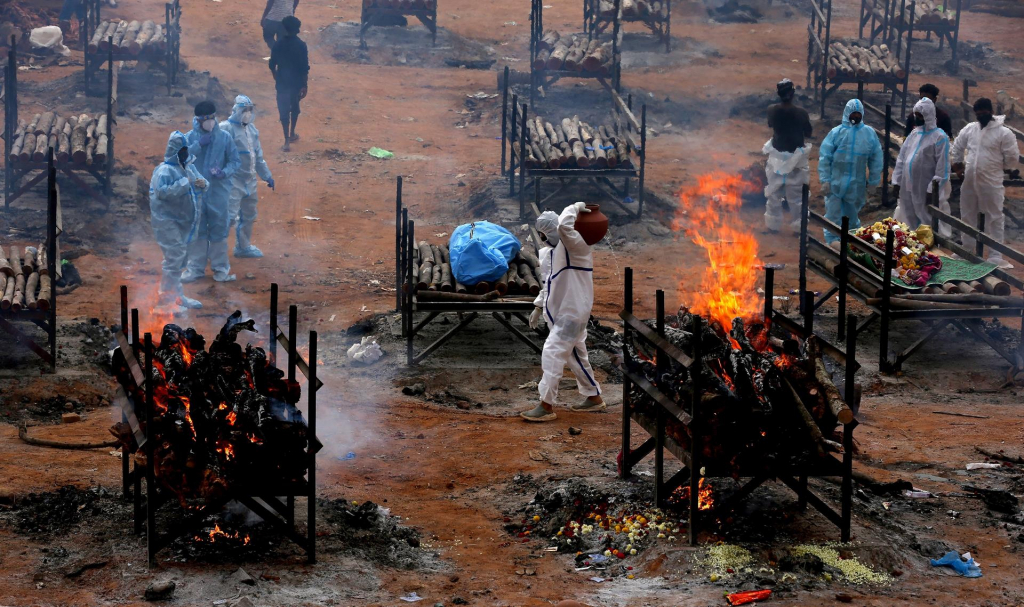 On the last 12th, India had already overtaken Brazil and became the second nation in the world with the highest number of infections by the new coronavirus since the beginning of the pandemic.

A India exceeded the Mexico and became this Monday, 3rd, the third country with more accumulated cases of Covid-19 in the world, according to the project Our World in Data connected to the University of Oxford. The Asian nation records a total of 219 thousand deaths by Covid-19, while the Latin American country has 217 thousand. The first and second places, however, continue to belong to the United States (577 thousand) and Brazil (407 thousand), respectively. On the last 12th, India had already overtaken Brazil and became the second country with the most infections by the new coronavirus since the beginning of the pandemic. In addition, last Saturday, 1, India was the first nation on the planet to register more than 400 thousand cases in a single day.

A World Health Organization (WHO) warned last Wednesday, 28, that the variant do new coronavirus first detected in the India showed evidence in laboratory studies of being more contagious and more resistant to some vaccines and treatments. In its weekly epidemiological report, the entity explained that this threat, called B.1.617, it has mutations associated with increased transmission and that treatments with monoclonal antibodies are less efficient against it. In addition, some analyzes made in the USA show a possible reduction in the effects of vaccines against this variant, while preliminary studies with the Indian immunizer Covaxin indicate that it is simply not able to neutralize it.