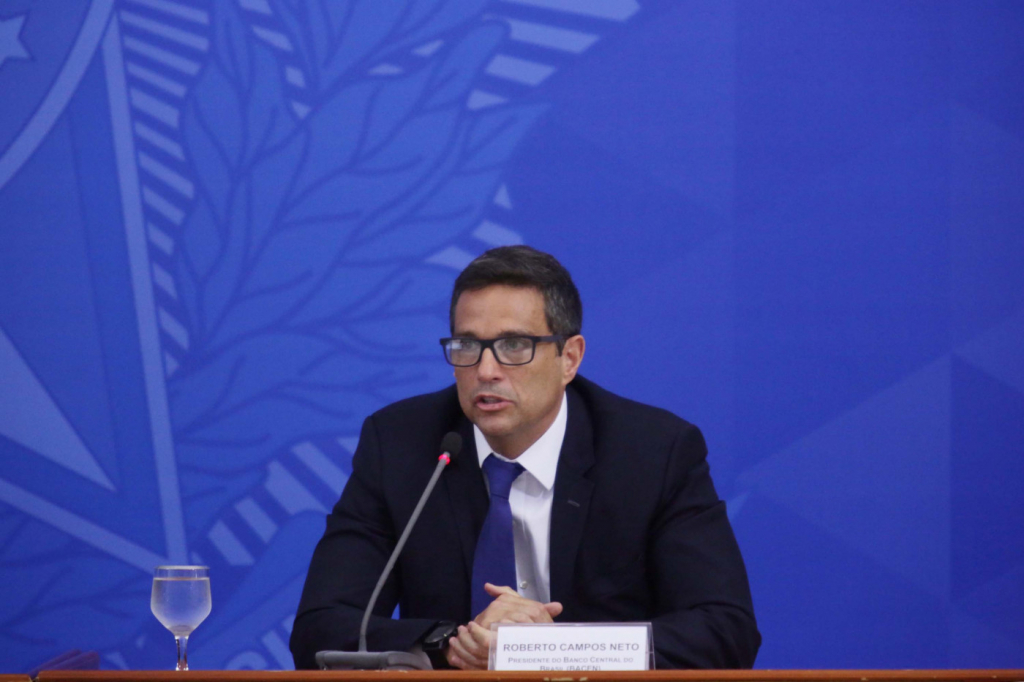 The president of the Central Bank (BC), Roberto Campos Neto, said on Monday, 4, that inflation rose faster than expected and should peak in September. The preview of Broad Consumer Price Index (IPCA), the official domestic inflation indicator, was 1.14% last month, and rose 10.05% in the 12-month period. The consolidated data will be released by the Brazilian Institute of Geography and Statistics (IBGE) this Friday, 8. Despite the high, pressured mainly by shocks in the value of food and administered prices, Campos Neto stated that easing monetary policy would generate a loss of confidence and a drop in the power of monetary policy. “We understand that it is important to end this unanchoring process [das expectativas para a inflação] and spread of inflation,” he said. The president of the monetary authority once again said that the BC will continue to raise interest rates until the inflation target is met. “Selic will reach the necessary level to anchor expectations. We want to do our job, deliver inflation to the target. We will not make adjustments to this framework,” he said in an interview with the newspaper Economic value. O Monetary Policy Committee (Copom) added 1 percentage point in Selic in September, raising interest rates to 6.25% per year, and indicated a new rise of the same magnitude at the meeting. According to Campos Neto, the focus of the changes is based on the projections for 2022.

O financial market raised expectations for the inflation this year and 2022, second Focus Bulletin released on Monday by BC. The median for the IPCA rose to 8.51% in 2021, compared to a projection of 8.45% last week. This was the 26th edition followed by upward revision. The BC pursues the inflation target of 3.75% this year, with a margin of 1.5 percentage points up or down, that is, between 2.25% and 5.25%. The constant revision of the IPCA forecast for this year already contaminates expectations for 2022. For next year, analysts estimate an increase of 4.14%, above last week’s forecast of 4.12%. It was the 11th consecutive edition with increased expectations. For 2022, the national monetary authority pursues the 3.5% target, with a variation between 2% and 5%. According to Campos Neto, the water crisis and the inflation caused by the resumption of the service sector are challenges to bring inflation down next year. The president also mentioned the fiscal scenario, especially the doubts regarding the financing of the new Bolsa Família. “It’s important to turn the page on this issue, which generates some uncertainty in relation to the fiscal framework,” he said.

The BC president also denied that he had criticized the pace of transfers of the Petrobras, which ends up influencing the rise in fuel prices and high inflation. “I will never, at any time, comment or suggest what Petrobras should do with prices,” he said, adding that he is against the subsidy policy. Campos Neto also commented on the increase in public spending and how the increase in government investments could harm the economic recovery. “We are at a convergence point where not necessarily throwing a lot more money will make the economy grow a lot more,” he said. “The effect on price disorganization will be stronger than the beneficial effect of the new money in circulation.”

The head of the monetary authority again denied irregularities in his involvement with offshores in tax heavens. A data leak released this Sunday, 3, revealed that Campos Neto kept a company in Panama until August 2020, when he had already been in charge of BC for more than a year and a half. Brazilian law allows the opening of companies in tax havens, as long as the data is transferred to the Federal Revenue. The Code of Conduct of the High Federal Administration, however, prohibits high-ranking employees from holding investments, inside or outside the country, that may be affected “by a government decision or policy about which the public authority has privileged information, due to of the position”. According to Campos Neto, no money has been remitted to the company since he took office in early 2019. “Everything is declared, including public access on the Senate website. I haven’t made any shipments to the company in any time since I came to the government. And I didn’t make any financial investment in any company.”