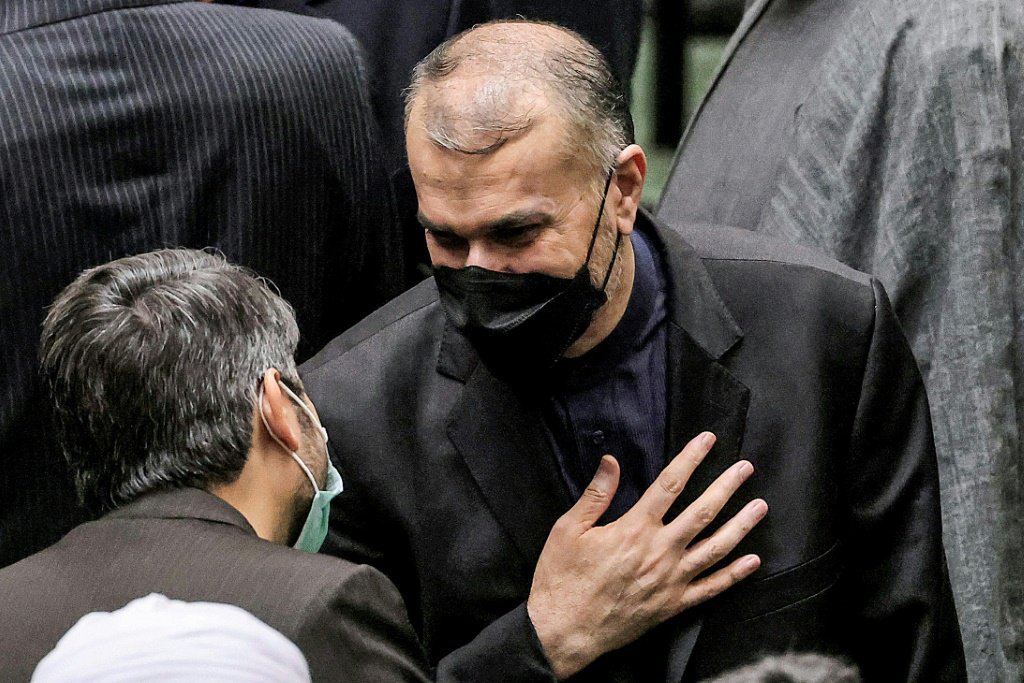 Iran’s Foreign Minister Hossein Amir-Abdollahian, in the photo, said that if the United States had “real intentions” about the nuclear deal, it could release billions of dollars in frozen Iranian assets (AFP/AFP)

Iran is asking the United States for billions of dollars to measure its “true intent” on nuclear talks, which have been stalled since June, the Iranian foreign minister said.

If the Americans “have a real intention (to save the deal), they should release some of our properties, for example tens of billions of dollars frozen in foreign banks and return them to Iran,” Hosein Amir Abdollahian said Saturday, in an interview with a state broadcaster.

The talks come after US Secretary of State Antony Blinken said on Thursday that time is pressing for Tehran to return to the nuclear deal.

Since June, negotiations between Iran and Western powers to resume the pact have been stalled. The agreement was greatly weakened with the unilateral withdrawal of the United States in 2018.

The agreement, signed in Vienna in 2015, offered Tehran a partial suspension of Western and UN sanctions in exchange for the Islamic Republic’s pledge to drastically reduce its nuclear program and not develop an atomic bomb.

But after the United States left, Iran began to break the agreement.

The Arab country also wants to bring South Korea to justice for Seoul’s refusal to pay a debt, valued at US$8 billion, for the purchase of oil.

“US pressure on South Korea) is a fact, but we cannot continue to let go and turn a blind eye to this situation,” said Amir Abdollahian.

Blinken said Thursday that Washington had behaved in “very good faith for many months” toward the nuclear talks, in which it participates indirectly.

“The Americans are not willing to unlock (Iran’s frozen properties) so that we can guarantee the interests of the Iranian people,” lamented Amir Abdollahian.