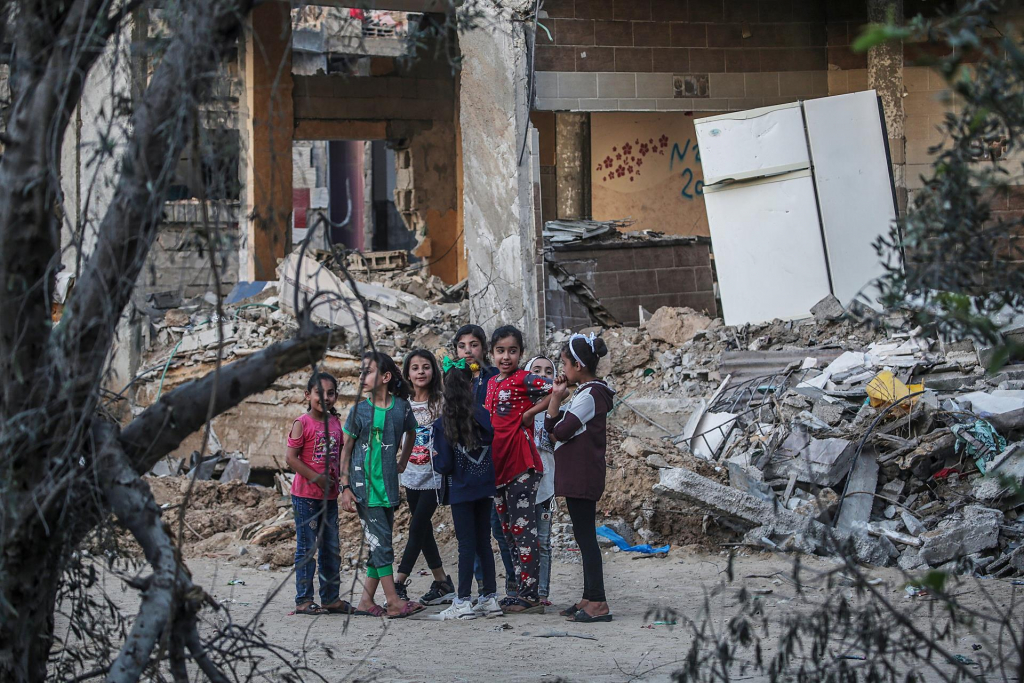 The Palestinian Islamic movement Hamas agreed to meet with Israeli officials in Cairo next week to reinforce the current truce.

Recent missile attacks by Israel against a Gaza Strip may constitute war crimes. The statement was made on Thursday, 27, by Michelle bachelet, High Commissioner of United Nations (UN) for Human Rights. During a special session to discuss the recent escalation of violence in the region, the former president of Chile he argued that the offensives “cast doubt on Israeli compliance with the principles of distinction and proportionality of international humanitarian law”. She explained that, while Israel has “the Iron Dome and professional military forces to defend them, the palestinians they have no protection against air strikes against one of the most densely populated areas in the world ”. “They have nowhere to flee because of the land, sea and air blockade that has been in place for the past 14 years,” he added. The High Commissioner also recalled that, in addition to the 242 Palestinians killed and more than 74,000 displaced persons, the attacks resulted in the large-scale destruction of civilian facilities, including homes, offices of humanitarian organizations, medical centers and the media. “Despite Israel’s claim that many of these buildings housed armed groups or were used for military purposes, we have seen no evidence to that effect,” said Bachelet. In reference to the Palestinian Islamic movement Hamas, the ex-president acknowledged that “it is also a violation of international law to place military assets in densely populated civilian areas, or to attack from them”. However, he indicated that “the actions of one party do not exempt the other from its obligations”.

At the same meeting of the UN Commission on Human Rights, the rapporteur on the territory of the Palestine, Michael Lynk, added that the population of the Gaza Strip lives “in a desperate situation”, “unsustainable and unviable”, which resembles a form of “collective punishment”. He also denounced the expulsions of Palestinian families in East Jerusalem, one of the triggers of the recent conflict, as part of Israel’s plan to increase illegal settlements, in order to establish an illegal sovereignty claim, despite repeated calls by the entity to end this practice. In light of the current situation, Lynk reiterated his request, recently issued with other UN human rights officials, that the recent incidents in Gaza and West Bank investigated by the International Criminal Court. Finally, Bachelet praised the ceasefire reached between Palestinians and Israelis on May 21, but stressed that “as long as the root problems of this violence are not resolved, it will only be a matter of time before a new wave of fighting begins” . “There must be a genuine and inclusive peace process that addresses these root problems and puts an end to the occupation,” he concluded.

Israel and Hamas agree to meet in Egypt to reinforce truce

Israel, represented by Foreign Minister Gabi Ashkenazi, and Hamas, represented by political chief Ismail Haniyeh, agreed to meet early next week at Cairo to strengthen the truce established a week ago with the mediation of the Egypt. During the meeting, the parties should address issues such as the stabilization of the ceasefire, the reconstruction of the Gaza Strip and the exchange of hostages. The information was confirmed by the Galatz, the Israeli Army’s official radio station, and in a note by the Palestinian Islamic movement itself.

On Thursday, 27, Hamas spokesman Abu Marzouk wrote on his Twitter profile that the Palestinian Islamic movement “has no objection to allowing donations through international agencies or donor countries to the Gaza Strip”, guaranteeing although these resources will not suffer any “interference from the movement”. Positioning takes place one day after the Qatar announce financial aid for the reconstruction of the enclave. “Following the instructions of His Majesty Sheikh Tamim bin Hamad Al Thani, Emir of Qatar, the State announces US $ 500 million in support of the reconstruction of Gaza. We will continue to support our brothers in Palestine to reach a just and lasting solution by establishing an independent state, ”Foreign Minister Sheikh Mohamed bin Abdelrahman Al Thani wrote on Twitter. On Tuesday, the 25th, the USA they also pledged $ 75 million in economic aid to the Palestinians, $ 32 million to the UN Palestinian aid agency and $ 5.5 million in immediate relief for the Gaza Strip. There is also the prospect of reopening the Jerusalem consulate and providing 1.5 million doses of vaccines against Covid-19 at Palestinian National Authority.