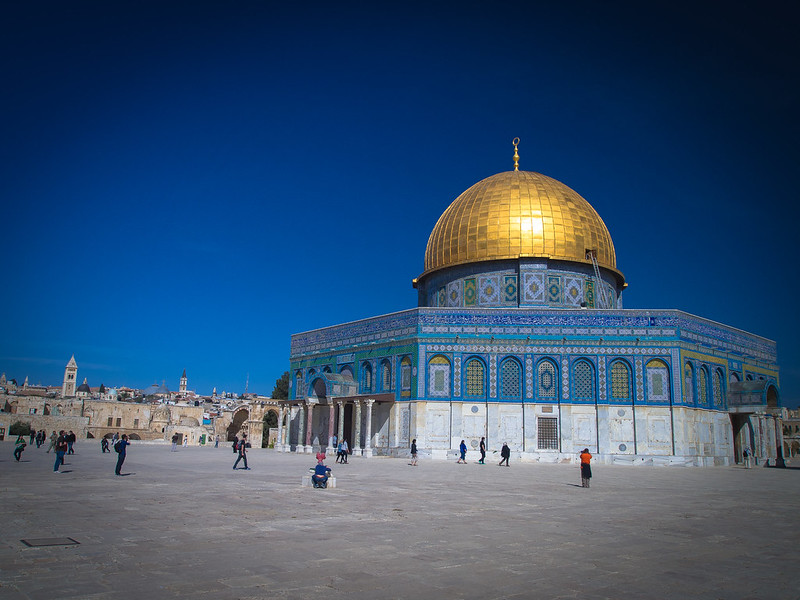 In Sunday’s clashes at al-Haram al-Sharif – or Temple Mount, young Muslims threw stones at officials guarding the complex in protest at the visit of hundreds of Jews.

Al-Haram al-Sharif, under Muslim administration, is the third holiest site in the Islam. It is also sacred to Jews, with Israel being responsible for its security, recalled the Raw Story.

According to Muslim authorities, Jews are allowed to visit the site but cannot pray. However, according to Israeli media, the Israeli government has allowed Jews to pray at the holy site in recent months, a move seen by Palestinians as a provocation.

Hamas, which controls the Gaza Strip, has called on Palestinians to “march back to Jerusalem” and protect the holy site ahead of the Eid al-Adha festival, also taking place this week.

Tensions at the scene helped spark a conflict earlier this year between Israel and Palestinians in the Gaza Strip. On May 10, Hamas fired rockets at Jerusalem, describing the attack as a reaction to Israel’s actions on the Temple Mount and Sheikh Jarrah neighborhood, where the Israelis forced the residents eviction.

The Islamic group, classified as a terrorist organization by the European Union, the United States and Israel, has threatened with new attacks if there are new “violations” by Israel. In May, during the last conflict between Israel and Palestinian militant organizations in the Gaza Strip, 255 people were killed. In Israel died 13.

Israel conquered the Arab-majority eastern part of Jerusalem in 1967. Palestinians regard it as their own future capital, while the Israelites claim the entire city.