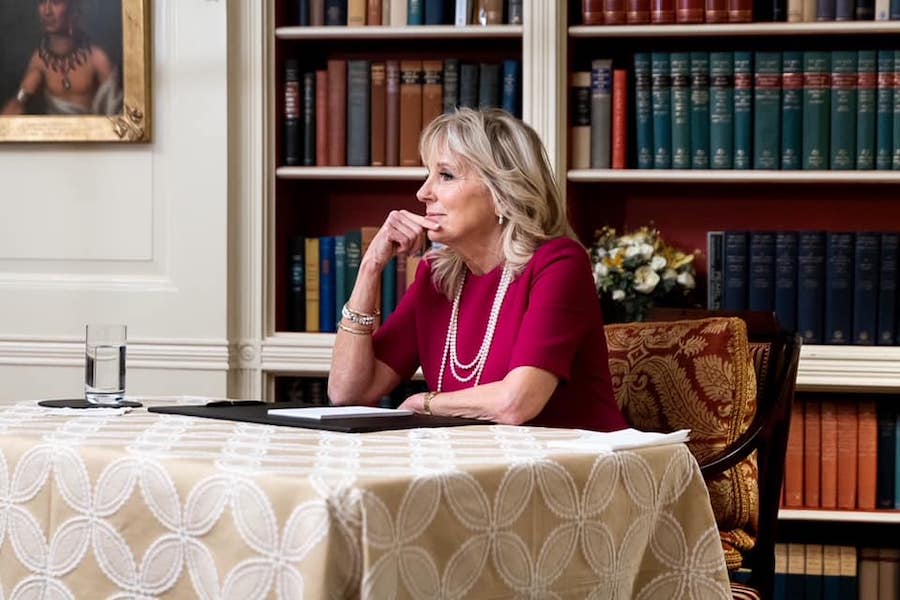 The First Lady of the United States will even continue to teach at a University in Northern Virginia, making history as the President’s first wife to keep her job outside the White House.

In November 2020, a few months after husband Joe Biden was elected to be the new President of the United States, Jill Biden she had already revealed her intention to continue teaching at the University in Northern Virginia, where she has worked for more than a decade, while fulfilling her duties as First Lady.

Now, according to the newspaper The Washington Post, the will has become a certainty, which makes the American the first first lady of this country to keep her job outside the White House.

From now on, in addition to its functions as FLOTUS (First Lady of the United States), Jill Biden will have a eight hours a day, Tuesday through Thursday, for 13 weeks on the Alexandria campus of Northern Virginia Community College (NOVA).

In fact, last semester, the first lady had already taught at this university, but remotely because of the covid-19 pandemic. Now, instead of talking through a computer to her students, she’s going back to face-to-face classes, accompanied by Secret Service agents.

“Like all teachers, the first lady can’t wait for returning to the classroom with his students. She is eager to teach and communicate in person, not through a screen”, had already said her press secretary, Michael LaRosa.

As the American newspaper recalls, Jill Biden has always defended her preference for face-to-face classes rather than remote learning, a position that caused controversy, especially with the appearance of the Delta variant.

According to the CBS News, the first lady had already asked to return to the university campus in January, but the educational institution was forced to tell her no, as it was limiting the number of people in the place.

At the time, Biden had already admitted that missed the energy of a good debate in a class and that she was concerned about the mental health of her students, especially those who had lost family members to the coronavirus.

Also when he was vice president in the Barack Obama administration, Biden did not interrupt his professional career and continued to teach. At that time, he successfully managed to keep the Secret Service discreet, to ensure that students were not “intimidated”.

In her memoir (“When the Light Enters”), the Democrat said that, at her request, the agents exchanged her dark suits for more casual clothes and they kept their protective gear in backpacks to better “mix” with the students.

No site RateMyProfessors.com, a platform where students can make anonymous assessments of their teachers, of the 50 NOVA students who assessed the teacher, only one mentioned her other work.

“With everything in hand, he still has time, dedication and concern for his students. Who, in your position, would stay here, with everything that’s happening in your family’s public life? But in the classroom, it’s just Dr. Biden“, Quote or The Post.