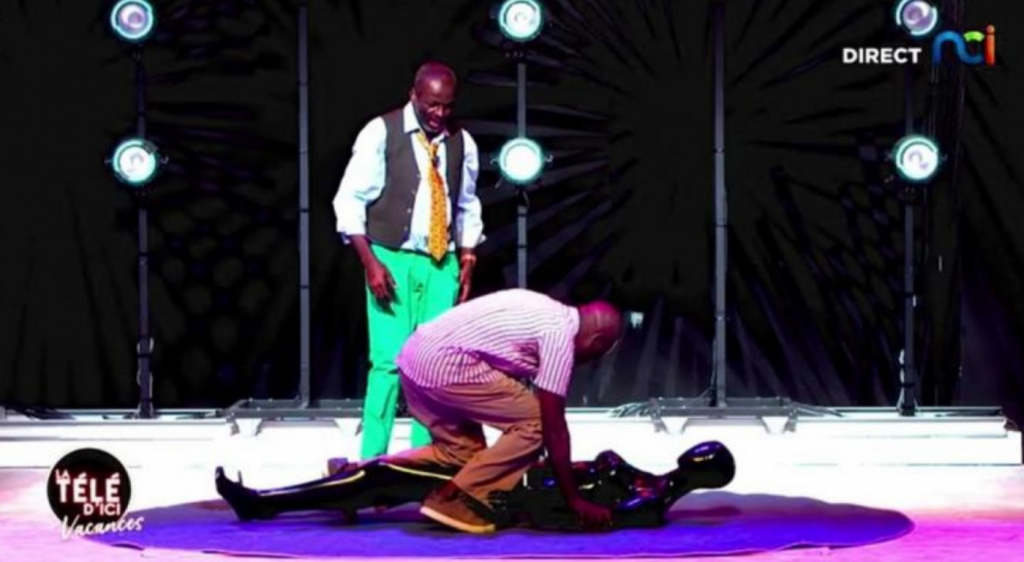 Yves de Mbella will not be able to leave the city where he lives, he will pay a fine and was suspended from the program he was conducting on a national channel

A TV presenter from Costa do Marfim was sentenced to one year in prison under an open regime and to pay a fine of 2 million CFA francs (equivalent to R$ 18 thousand) on Wednesday, 1st, for taking a rapist convicted by the courts to his program and invite you to reproduce your modus operandi on a mannequin live on national television. Yves de Mbella, host of La Télé d’Ici Vacances, had already received a 30-day suspension by the country’s High Audiovisual Communication Authority (HACA), which considered the incident as “a validation of the violation and a serious attack on the dignity of women, the morals and sensitivity of young people”. In the live broadcast, he helped the former inmate adjust the mannequin on the floor, asked him to explain how he selected the women he attacked, asked “if they liked” the harassment and if the suspect preferred “thin or fat” women.

In a conversation with the Reuters news agency, a member of the Court who convicted Mbella said the former prisoner who detailed the rapes in the broadcast was also sentenced to two years in prison. Neither will be able to leave the country’s commercial capital, Abidjan, next year. Before being convicted, the presenter used social media to make apologies. “I’m honestly sorry for having shocked so many people while trying to raise awareness about the matter. I made a mistake. I’m also sorry for everything I said that hurt you throughout the show. I beg forgiveness for all rape victims,” he declared. According to him, the former inmate who was called into the program had been released for more than 21 years and was called to talk about “pains in prison” and “give warnings” about the matter.