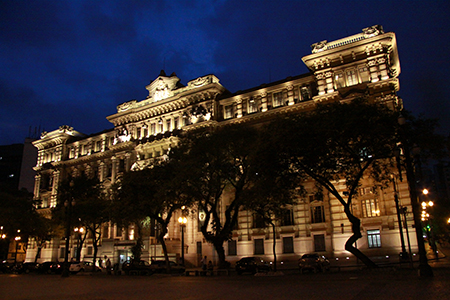 The reporter alleged the defendant’s recurrence and stated that the principle of insignificance, existing in thefts due to hunger, did not apply

O Court of justice from São Paulo denied this Friday, 8, the request for habeas corpus made by public defense on behalf of a 41-year-old woman, mother of five, who stole a 600ml bottle of Coca-Cola, two packets of ramen and a packet of powdered juice in a supermarket in Vila Mariana, in the South Zone of São Paulo. Despite the low value of the theft (R$21,69), the woman had her arrest in flagrante delicto transformed into preventive on Thursday, 7 by judge Luciana Menezes Scorza, who claimed that she had already carried out other thefts and would go back to delinquency if released. This Friday, judges Julio Caio Farto Salles, Ricardo Tucunduva and Eduardo Abdalla agreed with the decision of the lower court judge and denied that the defendant could respond in freedom.

The case took place on September 29th. When she was caught in the supermarket, the woman tried to run away and was chased by a car that was passing by. When arrested, she said she stole because she was hungry and was taken into custody. In the request, the Defender’s Office claimed the principle of insignificance – thesis that the Supreme Court has already upheld, on the illegality of arrests for theft of negligible value to satisfy hunger – and highlighted that the woman has five children, aged 2, 3 , 6, 8 and 16 years. By denying the request, rapporteur Farto Salles stated that the principle of insignificance was not valid in this case, but only for objects of legally irrelevant value, such as a toothpick or a pin, and that this point was not something settled in the jurisprudence. Likewise, he stated that the existence of children under 12 years of age alone does not guarantee habeas corpus and that the ‘interest of society’ should be observed before the individual of the defendant. He also highlighted the woman’s recidivism as the main reason to keep her imprisoned. THE Young pan sought the Public Defender’s Office to know the next steps of the defense, but did not get a response until the publication of this report.