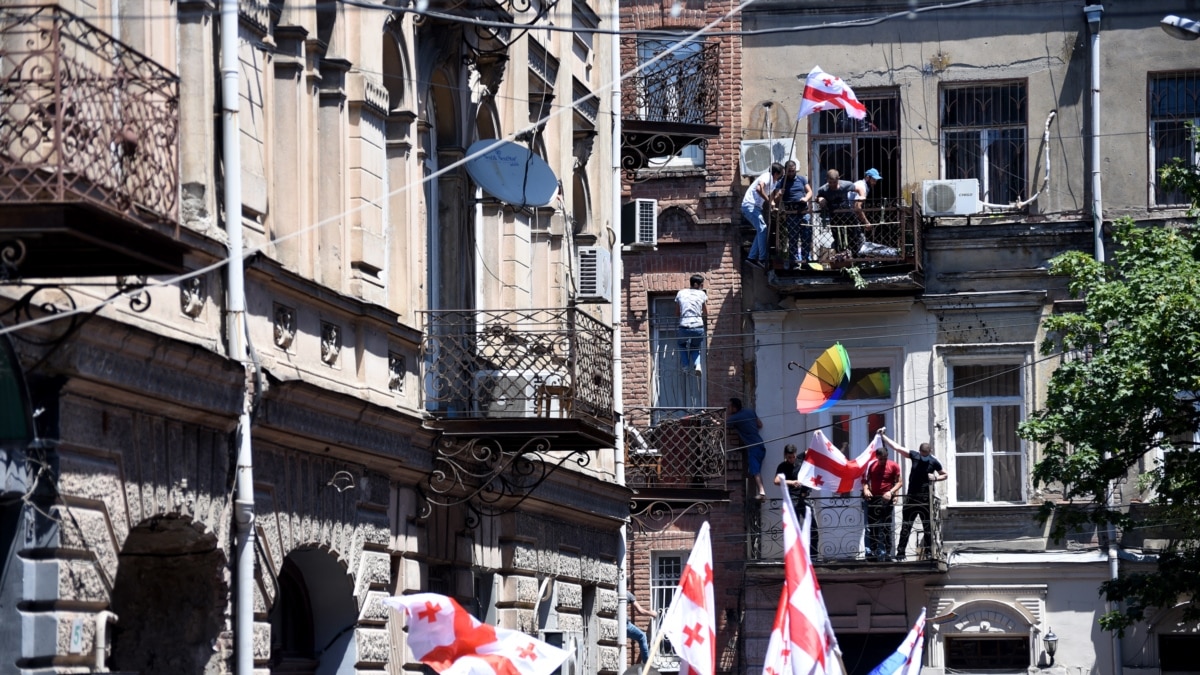 In the United States, the events on the streets of Tbilisi are being assessed. Violence against activists, journalists and civil society activists in Tbilisi has shocked many in Washington as well. Analysts in the US capital say that those responsible for the incident should resign.

“The Georgian government is responsible for what happened today, not only because they did not condemn what happened, but also because they facilitated [მომხდარს]. “It was a very bad day for Georgia and I think the Prime Minister should resign, but I do not think he will,” said David Kramer, a former senior State Department official and researcher at Florida International University, in an interview with VOA.

“We [შეერთებულ ტატებში] “We must demand Gharibashvili’s resignation and sanctions against those responsible for what happened in Georgia today,” he said.

Former US Ambassador to Georgia Ian Kelly also responded to the incident on Twitter. “It is the responsibility of democratic governments to ensure the peaceful assembly of all citizens and to ensure the safety of journalists in the performance of their duties. “It’s a sad day for Georgia and its supporters,” he wrote.

“The footage from Tbilisi is horrible to see. This shows that the Georgian government has failed to fulfill its obligation to protect the equal rights of its citizens in terms of assembly and freedom of speech.

Today, radical groups in Tbilisi disrupted the “March of Dignity”. Several buildings were ransacked, including the Tbilisi Pride and OSCE buildings. One Polish tourist was wounded, one of the minors was beaten, whose clothes turned out to be unacceptable for radical groups.

According to the information available at the moment, more than 40 journalists are injured, several of them are in critical condition. The operator of “TV Pirveli” has a severe injury on his face and he is in the hospital. Diana Trapaidze, the presenter of “TV Pirveli” said that the injured cameraman is undergoing surgery at the moment. Journalists of almost all media outlets are injured.

After unprecedented attacks and violence, Tbilisi Pride has issued a statement saying it will no longer hold a march of honor.