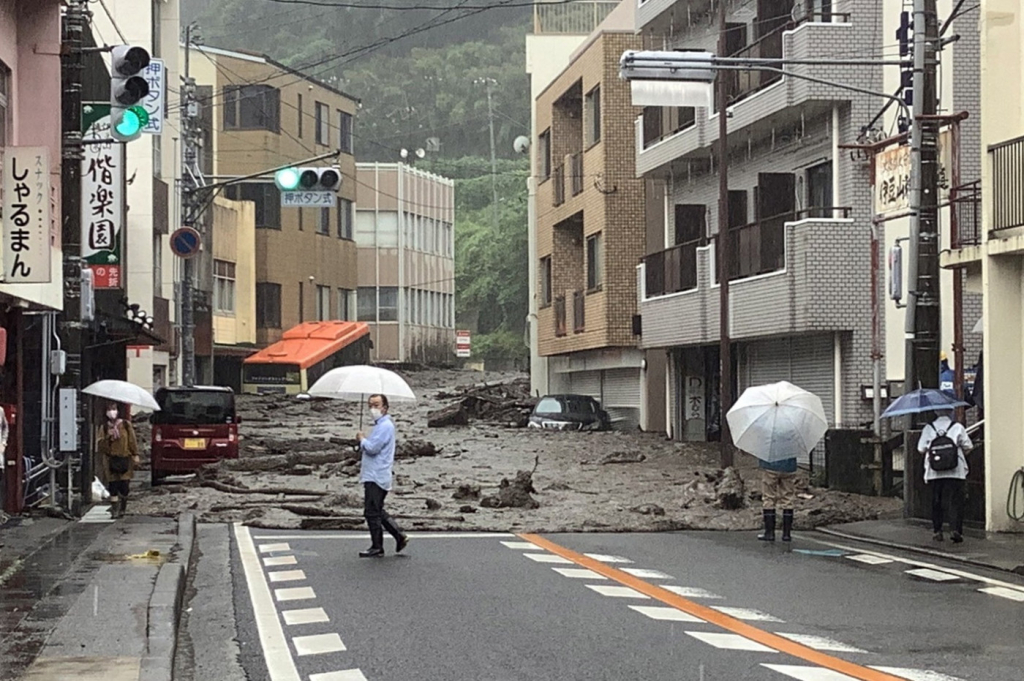 Mud avalanche happens after heavy rains and hits the Shizuoka region; two people were found without vital signs, but deaths have not yet been confirmed

EFE/EPA/JIJI JAPAN OUT EDITORIAL USE ONLY/ NO ARCHIVESEvacuation notices were issued for Kanagawa, Chiba and Shizuoka provinces

One landslide hit dozens of homes this Saturday, 3, in Shizuoka Prefecture, in Japan. The mud avalanche formed after heavy rains reached mainly the coastal city of Atami and involves about 80 homes. Shizuoka Prefecture spokesman Takamichi Sugiyama said at least 19 people are missing, although the number could be even higher. According to the Associated Press, Shizuoka Governor Heita Kawakatsu reported that the Coast Guard found two people who were dragged overboard by mud and found without vital signs, but the deaths have not yet been confirmed. “I offer my deepest condolences to all who have suffered,” said the politician. Firefighters, police and government officials are part of the rescue operations. Prime Minister Yoshihide Suga called a meeting with the action task force. According to the NHK agency, evacuation notices were issued to Kanagawa, Chiba and Shizuoka provinces. Meteorologists warn of the possibility of new landslides and floods.