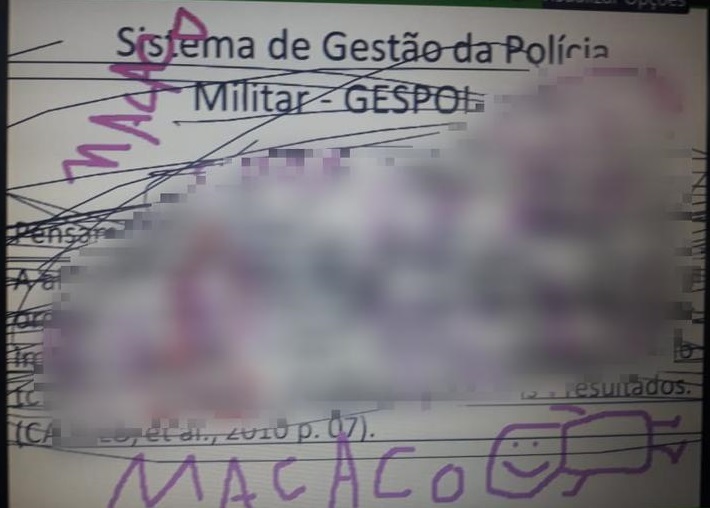 Evanilson de Souza, who develops a program to combat racism for PMESP, was the target of offenses during a lecture developed by the university

A lieutenant colonel from PState Military Police from Sao Paulo (PMESP) was the victim of racism during a lecture organized by the Institute of International Relations of the University of São Paulo (USP) this Tuesday, 9. Evanilson de Souza was invited to speak at the event, held online, about the program to combat racism developed by him within the PM. During his speech, one of the participants in the lecture used a shared screen to write racial offenses against him. In a note, PMESP repudiated the attacks and stated that it has a perennial mission to defend human rights in the state. “As a member of the review group for the Human Rights Manual of the Military Police of the State of São Paulo and a profound expert on the matter, Lieutenant Colonel Souza was invited by the course organization to, precisely, expose the PMESP program to combat racism when, right at the beginning of the exhibition, it suffered a cyber attack that compromised the development of the work ”, pointed out an excerpt from the document.

Through social media, the São Paulo Military Police ombudsman, Elizeu Soares Lopes, also showed solidarity to the lieutenant colonel. “I have no words to describe such a cowardice with such a trained PM officer,” he said. He reinforced the request for those responsible for the crime to be identified and punished quickly and recalled that the colonel is part of a program to combat racism developed by himself in the PM. “Racists will not pass,” he said. The International Relations department at USP was contacted for the report, but has not yet taken a position on the subject.