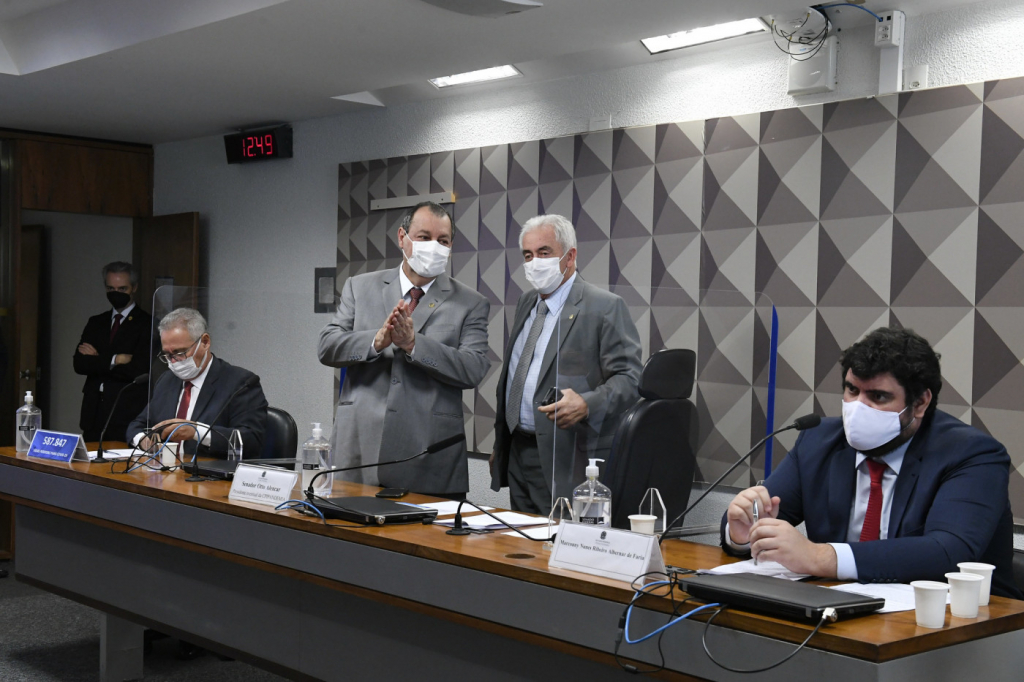 In a tense testimony full of contradictions, Marconny Faria was threatened with arrest and confronted with messages passed by the MPF of Pará to the CPI of Covid-19

Roque de Sá/Senate AgencyMarconny’s testimony was marred by threats of arrest and questions about his relationship with the Bolsonaro clan.

In a testimony full of contradictions and marked by threats of arrest, the lobbyist for Need Medicines Marconny Albernaz de Faria confirmed his close relationship with the president’s youngest son Jair Bolsonaro, Jair Renan, the ex-wife of the country’s representative Ana Cristina Siqueira Valle and the lawyer Karina Kufa, who represents the head of the federal executive, but denied the label of business intermediary. To the senators of CPI to Covid-19, the deponent stated that he only makes “opinions and analyzes of political, technical-political feasibility”, without explaining what this means. “Because I know the scene in Brasilia, I have this expertise”, he summed up. When asked about the functions he performed for the company and how he worked with the Ministry of Health, Faria was silent or said he did not remember the facts. At the end of the hearing, the rapporteur, Renan Calheiros (MDB-AL), included Albernaz in the list of those investigated by the collegiate.

Faria admitted that he celebrated his birthday in a box owned by his son Zero Quatro in December last year, in addition to having helped Renan open his company, Bolsonaro Jr Eventos e Mídia. According to your version, they’ve been friends for about two years. “He wanted to create an influencer company, and then I just introduced him to a fellow tax expert who could help open this company,” he explained. The initiative was formalized with the support of lawyer William Falcomer. According to senator Randolfe Rodrigues (Rede-AP), Ana Cristina Valle, ex-wife of Bolsonaro, passed on résumés of names indicated by Marconny to federal government agencies, such as the Public Defender of the Union. director of the Evandro Chagas Institute, in Pará, an agency linked to the Health Surveillance Secretariat (SVS), but he was arrested on charges of paying bribes in a scheme of approximately R$ 1.6 billion. As a result, the CPI approved the summons of Jair Renan’s mother.

Marconny Faria’s testimony was marked by a series of questions based on the more than 310,000 pages of messages contained in his cell phone. The lobbyist was the target of Operation Host, launched in October 2020 by the Federal Comptroller General, by the Federal Public Ministry (MPF) and by the Federal Police (PF), and your name appears in the plot of “step-by-step fraud” to a bid from the Ministry of Health to purchase Covid-19 tests in order to benefit Need Medicines. Also involved in the dialogues are the then director of Logistics at the folder, Roberto Ferreira Dias, the former director of an organ of Anvisa José Ricardo Santana and Danilo Trento, director of Necessidade.

In one of these dialogues, Marconny Faria writes that he would speak with “a senator” to “untie the knot” of a bidding process by Health for the purchase of the tests. Asked more than once about the name of the congressman, the lobbyist said he did not remember. “He is abusing his amnesia”, joked Senator Jean Paul Prates (PT-RN). “You are a citizen who has already climbed in a sound car, on the Esplanada dos Ministérios, to shout against corruption, right? You are the same citizen who will have the nerve to arrive at this CPI and say that the message you sent, documented and expert, in which you say you have political contact, indicating a senator who would be responsible for untying the knot in this hiring so discussed here, and will not say that name? Who was the senator? There are only 81. You shouldn’t be in a truck, because you’re just another opportunist in this gray area of ​​Brasília, this interaction of lobbyists, authorities who allow themselves to be corrupted and bad politicians. You’re in national shame because of you, not my speech. He participated in negotiations and does not have the courage to name those involved”, said senator Alessandro Vieira.