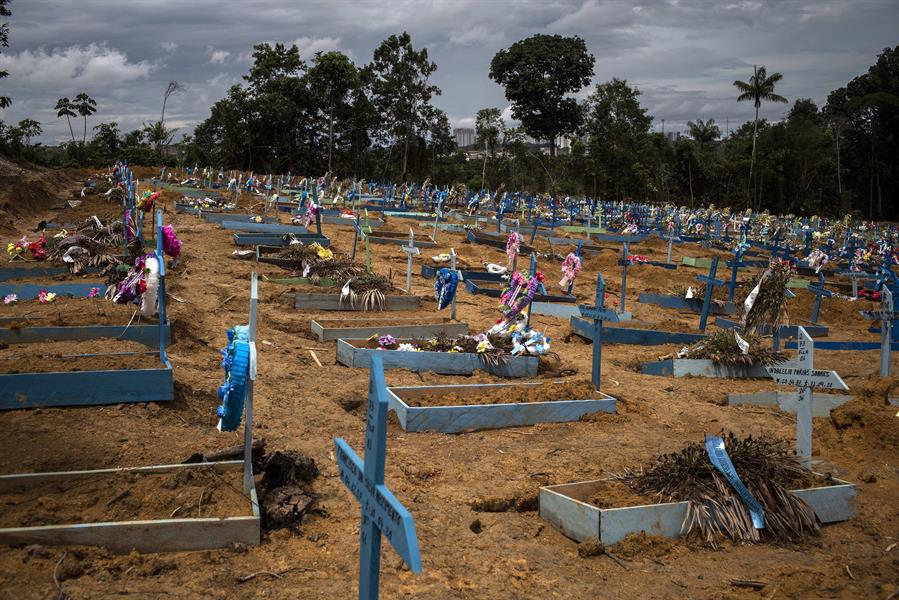 Civil Registry Offices point out that 18 states had an increase in deaths from the disease compared to last year; Mato Grosso do Sul, Mato Grosso and Minas Gerais have the biggest increases

EFE / Raphael AlvesSão Paulo, the most populous state, the increase reached 114% and the biggest reduction was in the North region

As deaths for Covid-19 grew 70% in May compared to the average for the pandemic in Brazil. The Transparency Portal of Civil Registry Offices points out that 18 states had an increase in deaths from the disease compared to the same month last year, explains the president of ArpenBrasil, Gustavo Renato Fiscarelli. “In May we had almost 50,000 deaths as a result of Covid-19 against an average of nearly 29,000 deaths month by month if considered since the beginning of the pandemic”, he reports. May was the third worst number of deaths since the beginning of the pandemic in Brazil, in March 2020. “On the other hand, compared to March and April, which were the two months with the highest number of deaths, there was a decrease. In relation to March, there was a decrease of 34% and in relation to April, 31%. So going from March of almost 75,000 deaths and April with almost 72,000 deaths to 49,282 deaths last May,” he said. The states that registered the greatest growth in deaths in May were: Mato Grosso do Sul, with 4500%; Mato Grosso, 2472% and Minas Gerais, with 1,014%. In the South region, the numbers also soared: 947% in Paraná, 945% in Santa Catarina and 932% in Rio Grande do Sul. São Paulo, the most populous state, the increase reached 114% and the biggest reduction was in the North region.